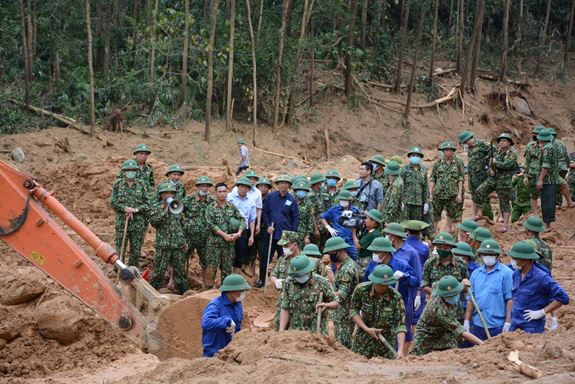 -- Hungarian Minister of Foreign Affairs and Trade Peter Szijjártó will pay an official visit to Vietnam on October 16, on the occasion of 70 years of their two countries’ diplomatic ties, the Vietnam News Agency reported.

-- The U.S. will help Vietnam build e-government in accordance with a memorandum of understanding signed between the Office of the Vietnam Government and the United States Agency for International Development in Hanoi on Tuesday.

-- Thirteen people of a delegation sent to help residents battle floods in central Vietnam were confirmed dead on Thursday after being buried in a mudslide.

-- At least two people died and many were injured after a bus and a tractor trailer crashed head-on into each other in Da Nang, central Vietnam, on Thursday.

-- Vietnam's Ministry of Transport has approved a proposal by Vingroup, the country's largest private conglomerate, to offer public transportation service with electric buses in Hanoi and Ho Chi Minh City.

-- Vietnam imported an average of 422 automobiles a day in September, according to customs data.

-- Defending champions Hanoi FC climbed to the third spot on the V-League 1 table after beating hosts Hoang Anh Gia Lai 4-0 in the second round of phase 2 of the tournament on Thursday.