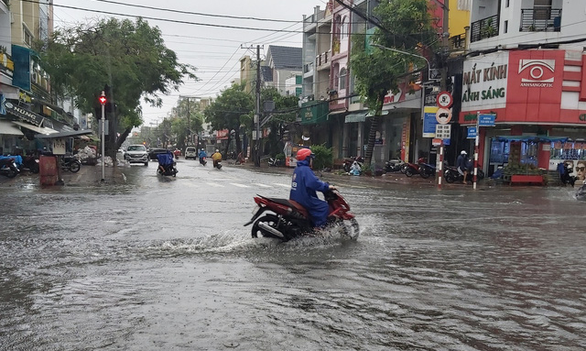 -- Japanese Prime Minister Suga Yoshihide and his wife will pay an official visit to Vietnam from October 18 to 20 at the invitation of Vietnamese Prime Minister Nguyen Xuan Phuc and his spouse, according to the Vietnam News Agency.

-- Vietnam’s COVID-19 tally on Saturday morning reached 1,124 with 55 under treatment, 1,031 recoveries and 35 deaths, according to the Ministry of Health.

-- Many flights to the central cities of Vinh and Hue where serious floods have swept through during the past week had to be canceled or to change their landing venues to other airports on Friday due to bad weather conditions.

-- A magnitude-3 earthquake occurred in the central province of Quang Nam’s Bac Tra My District on Friday afternoon, marking the second quake to jolt the locality this year.

-- Several districts in the southern province of Ca Mau have told students from preschool to high school to stay home because of prolonged heavy rain and high tides.

-- Vietnam imported US$273.52 million worth of cashew nuts, liquefied gas, plastic materials, and other goods from Nigeria in January-September, statistics from the General Department of Vietnam Customs showed.

-- The Ministries of Finance of Vietnam and Hungary on Friday signed a memorandum of understanding on financial cooperation in Hanoi, the Vietnam News Agency reported.