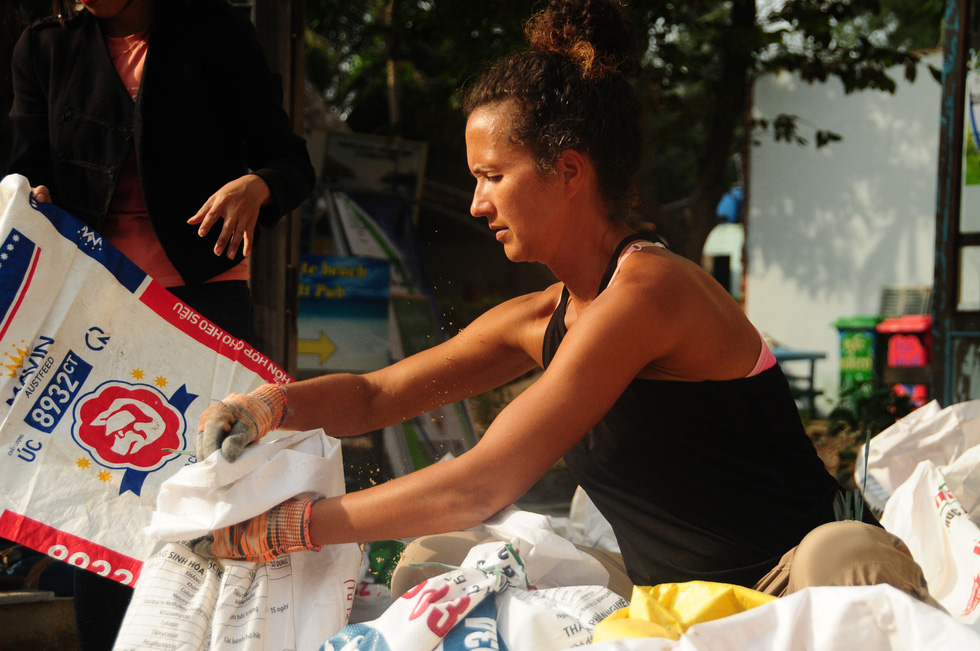 — Dozens of expats living in the central touristy town of Hoi An have joined hands with locals and authorities in building embankments to protect a beach at Cam An Ward against sea waves during the past days.

— Police in the northern province of Lao Cai on Saturday arrested Ly Lao Su, 25, who admitted to raping and killing Ly Mui D., 31, who had deafness, muteness, and defective limbs.

— At least three were killed and six seriously injured after a truck crashed into a seven-seater car, many motorbikes, and four houses in an accident in the central province of Quang Ngai on Saturday.

— Tuoi Tre (Youth) newspaper on Saturday organized an event to pay tribute to 130 individuals and 16 organizations who have been in the front line to prevent COVID-19, including medical staff, police, military forces, volunteers, and more.

— Nearly 100 booths from enterprises selling key products of Vietnam such as coffee, tea, cashew nuts, garment, leather and shoes, fruits, and more are participating in a 'made in Vietnam' fair from October 23 to 25 at Hanoi’s Hoan Kiem Lake.

— The Vietnam Education Publishing House Limited Company on Saturday said it would offer a 25 percent discount to organizations which want to buy textbooks and give them to students in flood-hit regions.

— A photo capturing a building in Hanoi festooned with national flags, a sign of solidarity when Vietnam was combating the COVID-19 pandemic, in April by Indian lecturer Prabu Mohan has recently won first prize in the ‘World in Lockdown’ category of the 2020 Aerial Photography Awards.