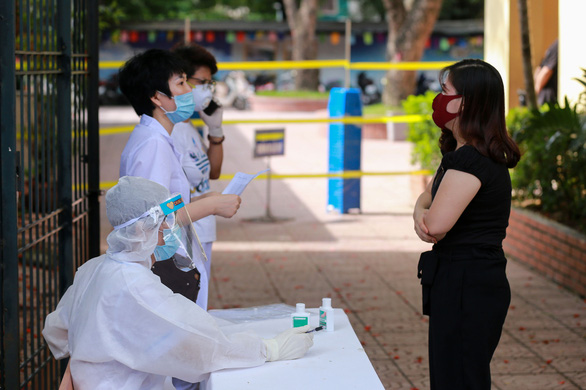 Vietnam’s Ministry of Health announced one imported coronavirus case on Monday who had flown on the same flight as 14 other patients from Russia in the middle of this month.

The latest patient is a 57-year-old man who has a registered address in Ward 8 , Vung Tau City, Ba Ria-Vung Tau Province, about 100km from Ho Chi Minh City, the health ministry said.

He arrived at Van Don International Airport in northern Quang Ninh Province from Russia on board flight VN5062 on October 16.

The man was sent to a quarantine center operated by the military in Ninh Binh Province, roughly 230km southwest of Quang Ninh, upon landing, as per local regulations.

He is isolated for treatment in Ninh Binh at the moment.

Fourteen people who had flown with the male patient on the flight VN5062 were already diagnosed with COVID-19, including five treated in Quang Ninh, four in Nam Dinh Province, and five in Ninh Binh, according to the health ministry’s data.

Vietnam has detected 1,169 coronavirus cases, including 691 local infections, since January 23, when the pathogen first struck the nation.

Thirty-five patients have died while a total of 1,061 have recovered from the acute respiratory disease, including four declared free of the virus on Monday.

The health ministry has warned that the pandemic may worsen in the coming winter, underlining that people wear face masks in public, sanitize hands, keep a safe distance, avoid gatherings, and declare health status.