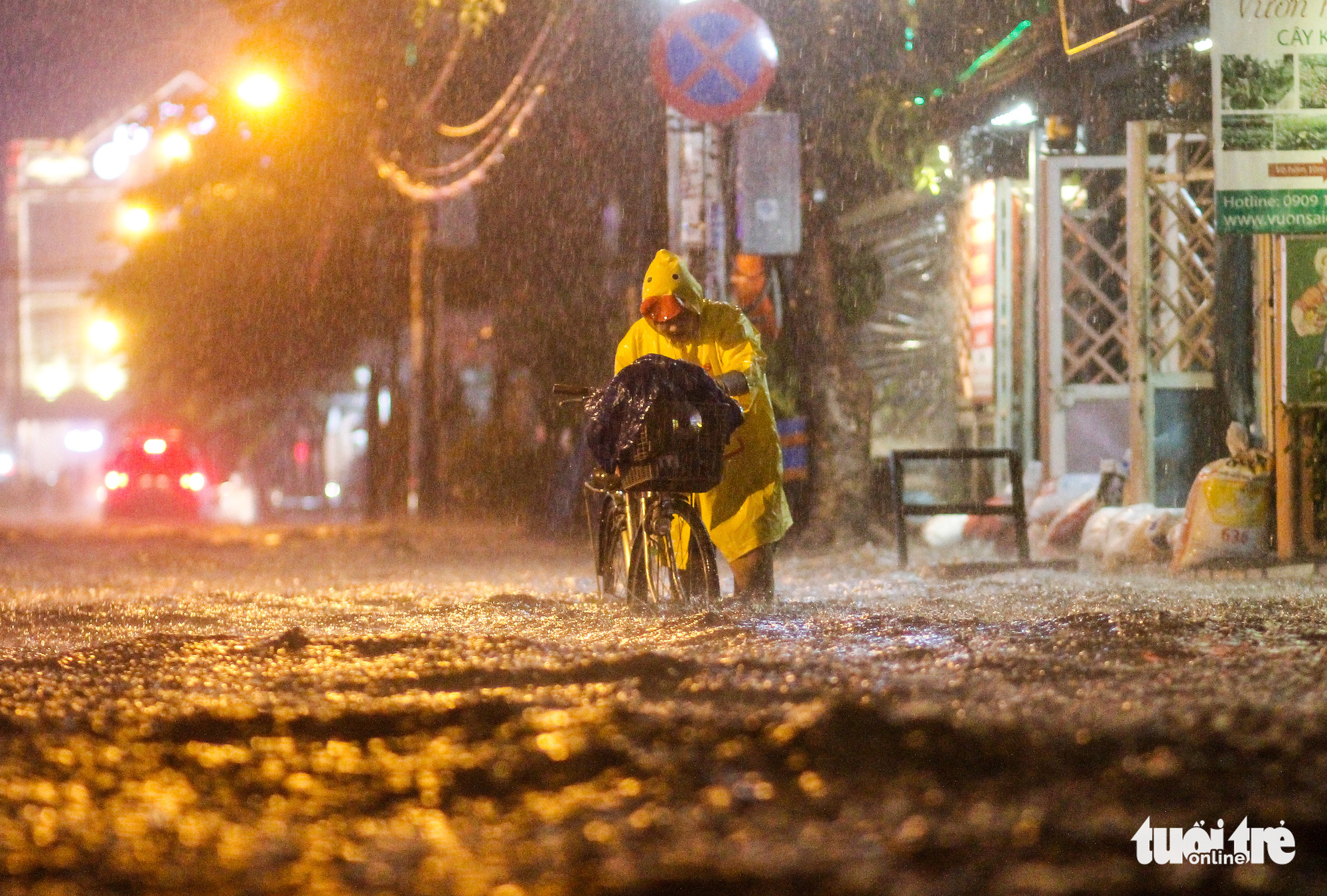 Multiple areas in Ho Chi Minh City were submerged following a heavy downpour on Saturday evening, while more rains are forecast to lash the metropolis and southern Vietnam next week.

The flooding was also exacerbated by the slight increase of tidal water.

According to the observation of Tuoi Tre (Youth) newspaper reporters, people had an immensely difficult time traveling on such streets as Kha Van Can, Vo Van Ngan, and Hiep Binh in Thu Duc District, Binh Loi in Binh Thanh District, and Quoc Huong in District 2.

On To Ngoc Van Street in Thu Duc District, rainwater was above knee levels, and traffic police officers had to direct commuters to take an alternative route.

Nguyen Van Khoi Street in Go Vap District turned into a river after it had rained for about an hour.

Many motorbikes broke down on the road, while local residents had to use sandbags to prevent rainwater from flowing into their homes.

Along Nguyen Van Qua Street in District 12, multiple motorbike riders were seen waiting on the sidewalk for the water to recede.

More downpours are expected to dampen Ho Chi Minh City and other localities in southern Vietnam next week due to a cold spell and the circulation of Typhoon Goni, according to the southern hydro-meteorological center.

The cold snap will be enhanced on November 2, 3, 6, and 7, thus rain will increase in intensity, especially in the evening, on these days.