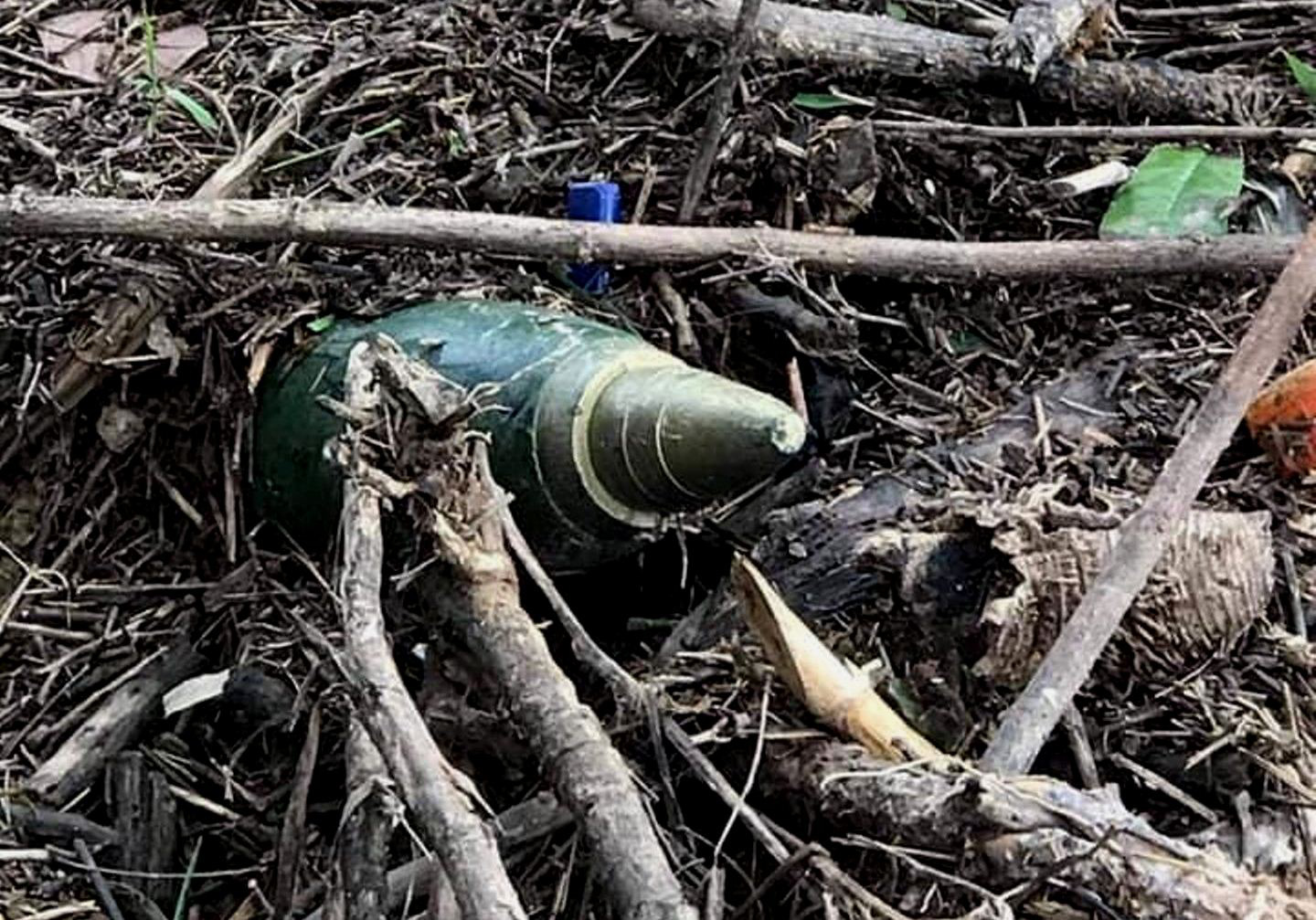 A resident of flood-hit Quang Tri province in north-central Vietnam discovered an unexploded warhead in his garden after floodwaters receded last week.

The Quang Tri Mine Action Center confirmed on Sunday it had received a report about a warhead found at a house in Trieu Long Commune, Trieu Phong District.

Vo Sy Ninh, 60, the owner of the house, discovered the object in his garden when he was cleaning up tree branches following recent floods.

About one-third of the warhead was visible, while the rest were buried under mud and tree branches.

Ninh said it was his first time seeing a warhead in his garden.

His house and other homes in the locality have been repeatedly flooded since mid-October, as water levels in the local Thach Han River rose due to prolonged downpours.

Ninh and his family members have been asked to stay away from the warhead until competent authorities can remove it.

The Quang Tri Mine Action Center is expected to send a team to examine and deal with the object on Monday.

Last week, two bombs were exposed during the repair of a section of a national highway, which was damaged by a landslide, in the north-central province of Quang Binh.