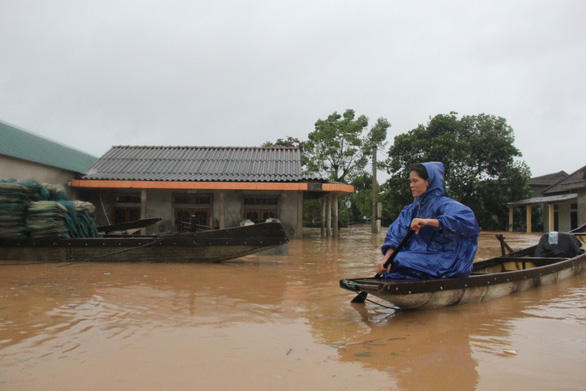 The Asian Development Bank (ADB) has approved a $2.5 million grant to assist the Vietnamese government in providing emergency and humanitarian services for residents affected by the recent floods in the country’s central region.

“We commend the government of Vietnam for their quick emergency response to the disaster,” ADB country director for Vietnam Andrew Jeffries was quoted as saying in a press release issued from Hanoi on Monday, referring to the rains and floods that hit the central part of the country in October.

“ADB’s grant will augment the wider government response to deliver immediate, life-saving assistance to people who need it the most, especially people who were already experiencing adverse economic impacts due to the coronavirus disease (COVID-19) pandemic.”

The grant is funded by the Asia Pacific Disaster Response Fund, designed to supply support to the ADB’s developing members subject to major natural disasters.

Since October 6, the central region of Vietnam has experienced prolonged and heavy rains, storm surge, and strong winds, leading to severe flooding and landslides.

As of October 29, 214 people had been killed or reported missing, according to the Vietnam Disaster Management Authority.

About 7.7 million Vietnamese live in the areas damaged by the flooding.

That includes 1.5 million people in nine central provinces who were directly affected and about 380,000 houses have been damaged or destroyed.

The ADB has been working with other development partners to support the Vietnamese government’s disaster relief efforts, including assessing the impact of the disaster and the needs for assistance in the central provinces.

ADB assistance is aimed at helping ensure that people living in the disaster areas have access to basic medical and social services and resources to rebuild their lives and livelihoods.

In line with the United Nations Resident Coordinator Flood Response Plan, the bank will work closely with the government and coordinate with other development partners to deliver the humanitarian assistance in a manner that minimizes the risk of COVID-19 for affected people in the most severely affected provinces in the central region of Vietnam.