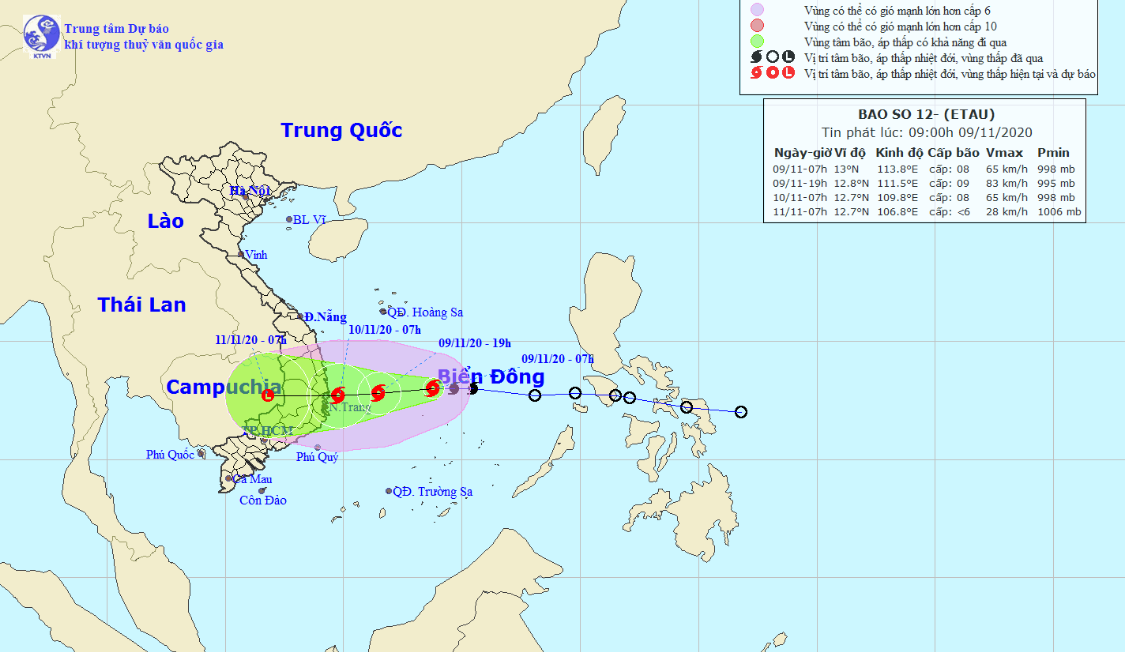 Torrential rain to strike central Vietnam due to Storm Etau

A tropical depression in the East Vietnam Sea evolved into a storm on Sunday night, becoming the country’s 12th storm this year.

The storm, named Etau, was located at 450 kilometers east of the coast between Binh Dinh and Ninh Thuan Provinces in south-central Vietnam as of 7:00 am on Monday, according to the National Center for Hydro-meteorological Forecasting.

Average wind speed was recorded at 60-75km per hour, with gusts at up to 100km an hour.

The storm will travel westward in the next 24 hours and may pick up strength.

It is forecast to reach the maritime area off the localities from Binh Dinh to Ninh Thuan by 7:00 am on Tuesday.

In the next 24 to 48 hours, Storm Etau will make landfall between Phu Yen and Ninh Thuan Provinces, before weakening into a tropical depression.

Due to the storm circulation and a cold spell, heavy downpours at 200-400 millimeters will begin lashing the locales from north-central Quang Tri Province to south-central Khanh Hoa Province on Monday afternoon and linger until the end of Thursday.

In north-central Quang Binh Province and the Central Highlands, rainfall is expected to be around 100-200 millimeters during this period.

The torrential rain will also pose a high risk of flooding along rivers from Quang Binh to Khanh Hoa Provinces, as well as in the Central Highlands.