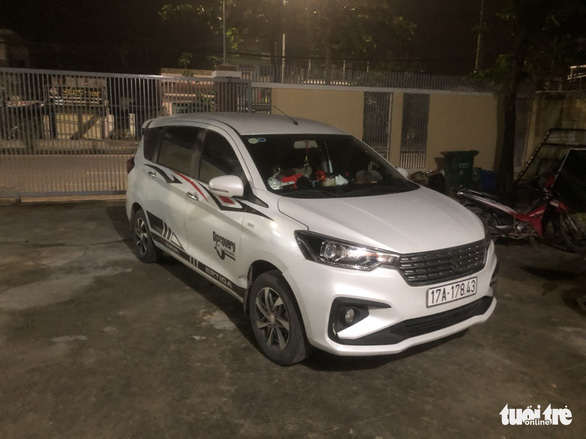 Traffic police in Da Nang have caught Chinese border jumpers for the second time in a week, amid concerns over COVID-19 transmission in Vietnam from such illegal entrants.

Upon being pulled over by the officers, the driver, 29-year-old Dinh Xuan Hien from northern Thai Binh Province, said he had been hired to carry the five passengers in the car for VND20 million (US$871).

Four of the passengers, including three men and one woman, are Chinese citizens who could not present documents proving their legal entry into Vietnam, police in the city’s Lien Chieu District said.

Officers in Lien Chieu have been tasked with handling this case.

The driver has been ordered to pay an administrative fine for carrying passengers in a car without a mandatory badge.

The driver then admitted to being hired to bring the Chinese, who had illicitly crossed the border into Vietnam, from Hanoi to central Quang Ngai Province at VND6 million ($261) per person.

Vietnam has been sounding the alarm on border jumpers possibly bringing the coronavirus into the Southeast Asian country, in the context that anyone granted entry is required to undergo quarantine in one or another form.

The Vietnamese government merely allows entry to skilled workers, experts, diplomats, and Vietnamese repatriates, who are all subject to mandatory quarantine upon arrival, although it still closes the border to international arrivals to stall coronavirus spread.

On Saturday, a Vietnamese who had illegally crossed the border from Cambodia was confirmed as the country’s latest COVID-19 patient.

Contact tracing is underway, with 13 people who had had direct contact with him already testing negative once.

Vietnam has documented 1,440 coronavirus cases as of Sunday afternoon, with 1,303 recoveries and 35 virus-related deaths, according to the Minstry of Health.