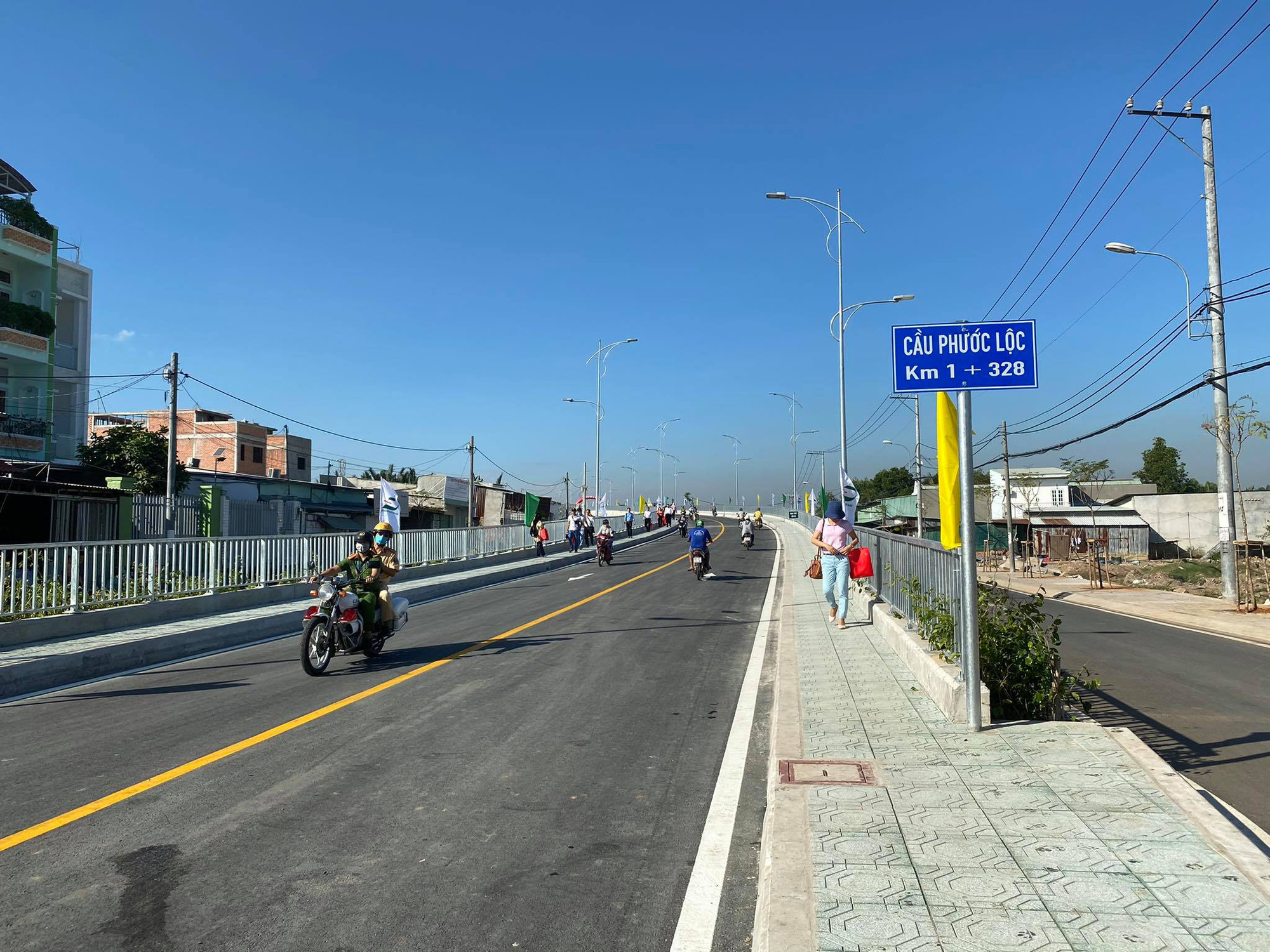 A bridge connecting two communes in an outlying district in Ho Chi Minh City has been officially open to traffic following an eight-year-long construction.

The inauguration ceremony of Phuoc Loc Bridge, which links Phuoc Kien and Phuoc Loc Communes in Nha Be District, was organized on Thursday morning.

The event was attended by vice-chairman of the municipal People’s Committee Le Hoa Binh and officials from the city’s Department of Transport and the Nha Be District administration.

Speaking at the ceremony, vice-chairman Binh praised the efforts and responsibility of the developer and local authorities in the implementation of the project, especially in solving issues regarding site clearance.

It is important that the bridge be open to traffic prior to the upcoming Lunar New Year to meet travel demand, Binh stated, adding that the project will help promote socio-economic development in Nha Be District.

“About eight more bridges will be constructed in the metropolis over the next five years to further improve the city’s road and waterway traffic system,” the official continued.

The Phuoc Loc Bridge is one of the city’s key traffic projects aimed at enhancing infrastructure in Nha Be District and southern Ho Chi Minh City in general, said Nguyen Vinh Ninh, deputy director of the city’s Transport Construction Investment Project Management Board – developer of the project.

The bridge stretches 386 meters and has two lanes for vehicles and sidewalks for pedestrians.

It replaces an old bridge that was only 72 meters long and 2.3 meters wide and has been seriously degraded.

Costing more than VND405 billion (US$17.4 million), the construction of the Phuoc Loc Bridge was initiated in June 2012.

About 90 households were affected by the construction.

By July 2018, the project had been halted due to problems related to site clearance.

In 2019, the developer was able to persuade affected residents to relocate, and the construction was resumed.