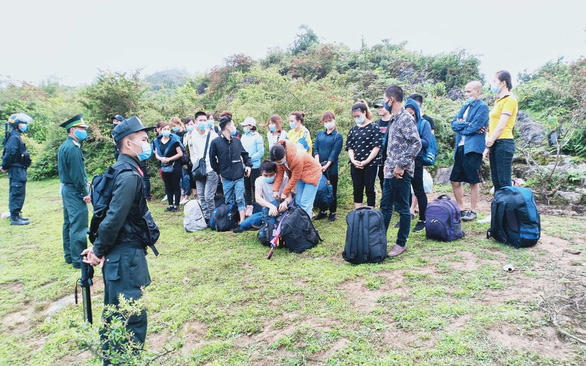 Undocumented immigrants on the rise in Ho Chi Minh City

Illegal entrants, as well as expatriates who overstayed their visas, are on the rise in Ho Chi Minh City, with the majority of them hailing from China or African countries.

The information was stated by local police officers at meeting on maintaining public safety within Ho Chi Minh City’s tourism sector, which was held on Thursday last week.

According to Senior Lieutenant Colonel Nguyen Thanh Tu, head of the Bureau of Foreign Relations under Ho Chi Minh City’s Public Security Department, the problem of foreign tourists and immigrants breaking the law after gaining temporary residence status in the city is increasing.

While the city only levied a penalty on 58 foreign individuals in 2016, it witnessed a whopping 315 Taiwanese, 133 people of African nationalities, 93 Koreans, as well as 140 people of other nationalities in 2019.

Gambling, sport betting, stock exchange fraud, online gaming scams, police impersonation for fraud, and drug trafficking are among the most common offenses perpetrated by these criminals.

“Most notably, a great number of Chinese nationals were found overstaying their visas recently. These people illegally crossed the northern border [of Vietnam] before reaching the city,” Tu denoted.

According to Pham Ngoc Tien, leader of the city’s immigration department, despite the 2020 tally of foreign entrants to the city shrinking by 90 percent due to border closure, the year saw more expatriates breaking the law than the previous, with the majority being Chinese nationals who failed to renew their visas or illegally entered the city for the sake of work, travel, and taking refuge from the COVID-19 pandemic.

Speaking at the conference, Major General Le Hong Nam, director of Ho Chi Minh City's Department of Public Security, said the cooperation between the city’s law enforcement and the tourism sector has achieved many milestones over the past five years, with consensus reached on regular information exchange to detect criminals disguised as tourists in the locale.

Since 2016, police of the southern metropolis have undertaken 262 thorough probes at hotels and detected 226 instances of misconduct, namely failure to report guests’ temporary residence to local authorities and failure to uncover narcotics usage and prostitution on the premises.

The department has solved 484 cases of appropriation of property with 297 individuals involved, 61 other cases still undergoing investigation.