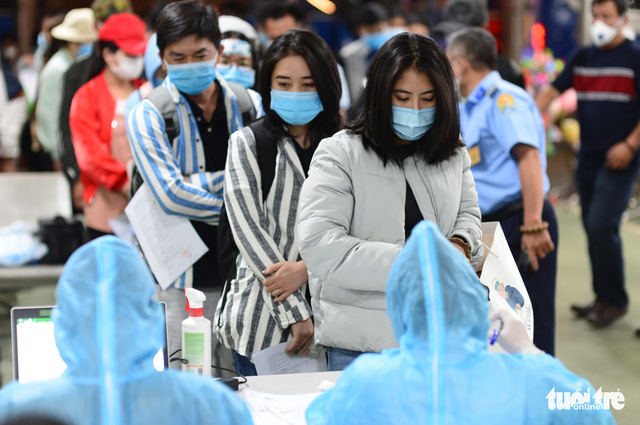 -- The Politburo and Secretariat of Vietnam's 13th-tenure Party Central Committee held their first session in Hanoi on Thursday to discuss key tasks for the first quarter and policy for purchasing and using COVID-19 vaccines, according to the Vietnam News Agency.

-- A human body was found washing ashore in Vung Tau City, around 100km from Ho Chi Minh City, on Thursday.

-- The Ho Chi Minh City Center for Disease Control on Thursday required that all people coming to the city from Hai Duong Province since February 3, Vietnam's current COVID-19 epicenter, be sent to centralized quarantine and tested for the coronavirus to prevent transmission.

-- Authorities isolated a company in Hai Duong and tested 1,635 employees on Thursday after a COVID-19 patient was confirmed there.

-- European Business Leaders are more optimistic about Vietnam’s trade and investment than at any point since the outbreak of COVID-19, the Vietnam News Agency reported, citing the Business Climate Index from the European Chamber of Commerce.

-- Vietnam ranked 93rd in the world, were in the top 15 in Asia, and led Southeast Asia in the FIFA World Rankings announced on Thursday.