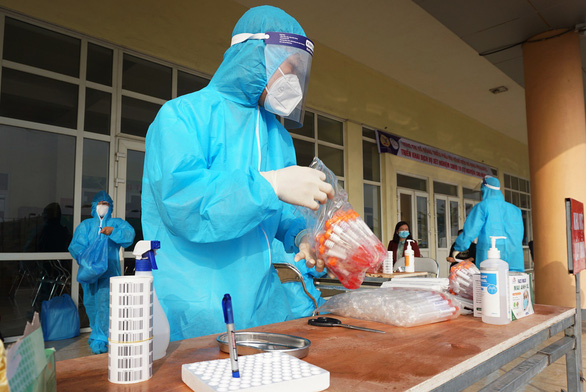 Fourteen of the infections were direct contacts of infected patients while the other was detected in an isolated area, the committee said, noting that all had been quarantined before their diagnosis.

The committee also confirmed 90 recoveries the same day, all in Hai Duong Province, which is Vietnam’s current COVID-19 epicenter.

The pathogen re-emerged in the Southeast Asian nation on January 27 after it had spent almost two months detecting zero domestic infections, the health ministry said.

A total of 791 local cases have been detected in 13 provinces and cities since then, making it the most serious wave to have struck Vietnam after the first-ever COVID-19 patient was recorded in the country on January 23, 2020.

Among these patients, 82.5 percent are asymptomatic while 14.7 percent show mild symptoms, according to the health ministry’s analysis.

Twelve out of the 13 localities have not recorded any additional infection over the past few days.

Vietnam has recorded 2,383 coronavirus cases, including 1,484 local infections, as of Sunday night, with 1,717 recoveries and 35 deaths, according to the Ministry of Health.

The dead had suffered from underlying health problems, including 31 in Da Nang, three in Quang Nam Province, and one in Quang Tri Province.

The country is quarantining more than 123,000 people who had contact with infected patients or made an entry from pathogen-hit regions.