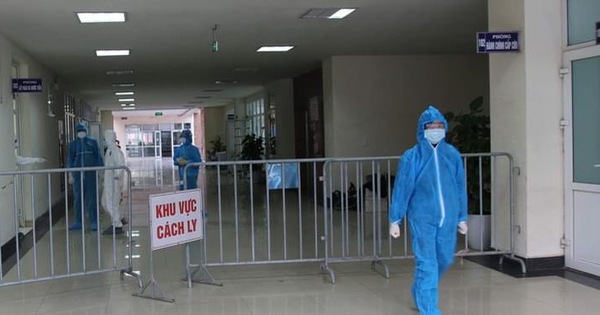 A general hospital in the north-central Vietnamese province of Thanh Hoa has been temporarily locked down after a man with serious lung problems died at the facility, the Vietnam News Agency reported.

The Bim Son General Hospital, located in the namesake town in Thanh Hoa, was put under temporary lockdown starting 5:30 pm on Tuesday.

The decision came after L.Q.M., 37, who hailed from the south-central province of Ninh Thuan, passed away at the infirmary earlier the same day, said Trinh Xuan Hiep, director of the health office in Bim Son Town.

A epidemiological investigation showed that M. had been to a virus-hit area in Binh Hung Hoa B Ward, Binh Tan District, Ho Chi Minh City before traveling to his wife’s hometown in Ha Trung District, Thanh Hoa on February 5.

M. began having symptoms such as coughing and difficulty breathing and headed to a commune-level medical center for treatment.

The man was admitted to Bim Son General Hospital on February 21 as his condition worsened. His lung scan showed signs of bronchitis.

Prior to his hospital admission, M. had a history of type 2 diabetes and complications from liver and kidney failure.

He was treated and quarantined at the infirmary, as well as had his samples collected for COVID-19 testing.

The result came back negative for the novel coronavirus on February 22.

On February 23, M. had high fever and underwent a lung X-ray, whose result showed signs of pneumonia.

His condition quickly deteriorated as he repeatedly suffered apnea and a cardiac arrest.

His samples have been collected for a second COVID-19 test and the result will be announced by the Thanh Hoa Center for Disease Control later.

Multiple areas inside Bim Son General Hospital have been disinfected.

Local authorities are tracking all people who had contact with the man over the past days.