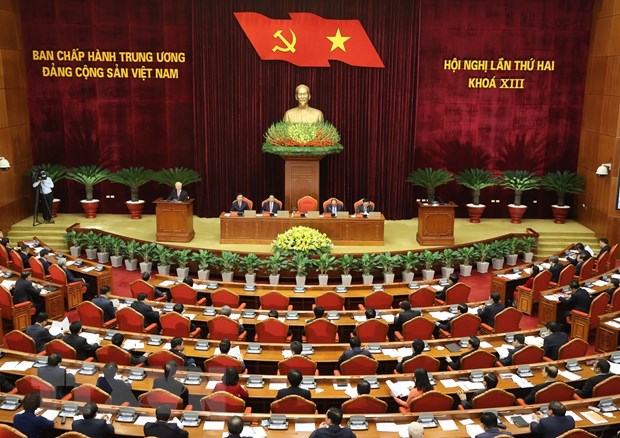 -- The second plenum of Vietnam’s 13th-tenure Party Central Committee opened in Hanoi on Monday under the chairmanship of Party General Secretary and State President Nguyen Phu Trong, during which delegates listened to the Politburo’s proposal on the completion of the nomination of candidates for a number of leadership positions.

-- Vietnam is expected to receive over four million COVID-19 vaccine doses in March and April under the COVAX scheme co-led by the World Health Organization (WHO), Kidong Park – WHO representative to Vietnam – said on Monday.

-- Police in the northern province of Hai Duong confirmed on Monday they were investigating a case where a six-year-old girl was hospitalized after being brutally hit by her mother.

-- Officers in the Mekong Delta city of Can Tho have arrested 20 suspects involved in a street brawl between two groups of people on March 3. Police also confiscated two guns, 12 knives, and other exhibits.

-- The Ministry of Public Security on Monday arrested and initiated legal proceedings against eight members of an illegal ring that trafficked children to China.

-- Vietnamese airlines’ on-time performance (OTP) reached 95.6 percent in the first two months of this year despite the complicated developments of the COVID-19 pandemic in several localities.

-- Vietnam’s state budge revenue was estimated at VND286.7 trillion ($12.4 billion) in January and February, equivalent to 21.3 percent of the annual estimation and up 0.6 percent year-on-year, the Ministry of Finance reported on Monday.