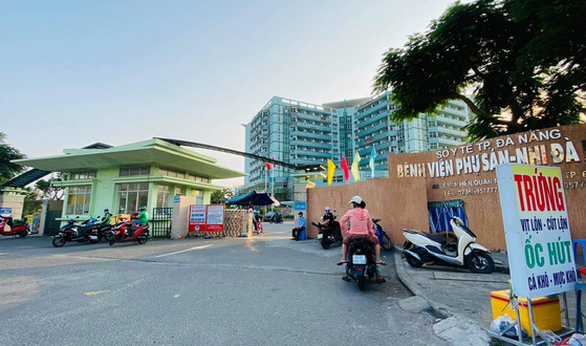 A security guard of a hospital in Da Nang has been fired for demanding money to let a patient caregiver enter the institution to care for his child.

The guard in question is P.M.C., who was axed by the company providing security services for the Da Nang Hospital for Women and Children, Vo Thi Thanh Trang, spokesperson of the infirmary, said on Sunday.

Pham Thanh, from Hoa Vang District, Da Nang, had written a post on Facebook accusing C. of soliciting money from him to allow the man entry to take care of his child.

The hospital only permits caregivers to enter at specific times, as per COVID-19 prevention regulations, but Thanh could not be on time because of his work.

On the evening of March 22, his child ran a high fever and was cared for by his wife at the hospital.

She was too tired then so she called Thanh for help.

The man was so angry that he recounted the solicitation on social media later.

Following the Facebook post, the hospital convened a meeting with the security company and C., Trang said.

The company already apologized to Thanh and dismissed the security guard, she added.

“Pursuant to COVID-19 prevention protocols, we only allow entry to caregivers at designated times but the family of patients who are in an emergency can be an exception,” the spokesperson explained.

The hospital has made it clear to the company that it will end the service contract with the firm in case of any recurrence of such an incident.