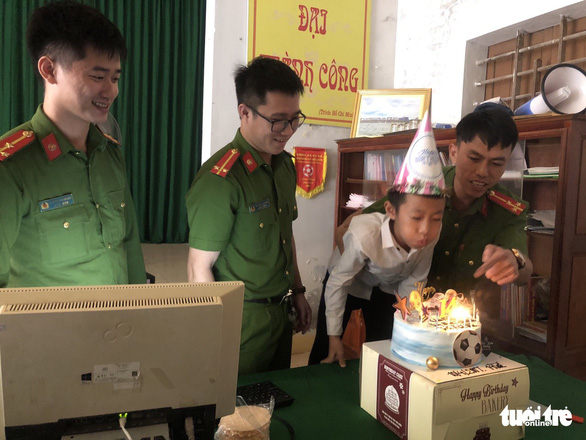 — Vietnam reported three new imported cases of COVID-19 on Monday morning, increasing the country’s tally to 2,696, according to the Ministry of Health.

— The Dong Nai Cultural Nature Reserve in the namesake southern province on Sunday confirmed they had found a dead male gaur weighing approximately 700 kilograms in the forest the same day. The animal had allegedly died of natural causes.

— The Institute of Vaccines and Medical Biologicals under the Vietnamese Ministry of Health is accelerating the research and manufacturing process of Vietnam’s homegrown COVIVAC vaccine against COVID-19, in order to promptly launch it on the market in the first quarter of 2022.

— Police in the north-central province of Ha Tinh on Saturday held a birthday party for Tran Dinh Nui, who came to the police station in Ky Ha Commune to register for his chip-based identity card late on Friday night, just a few minutes before he turned 14.

— The People’s Committee of Ba Thuoc District in the north-central province of Thanh Hoa on Sunday said test results from fish and water samples showed that diseases were not the cause for the massive death of tons of farmed and wild fish on the Ma River over the past month.

— Vietnam's export turnover rose 22 percent to US$77.34 billion in the first quarter of 2021, while its trade surplus was estimated at $2.03 billion, the Vietnam News Agency reported on Monday.

— The People’s Committee of central Dang Nang City and the Import-Export Pan Pacific Group have signed a memorandum of understanding on the development of an international and regional finance center to attract investors in the future, the Vietnam News Agency reported on Sunday.

— England’s shops, hairdressers, gyms and pub gardens will reopen on Monday in what Prime Minister Boris Johnson said was a “major step” towards freedom from the restrictions of the COVID-19 pandemic, according to Reuters.