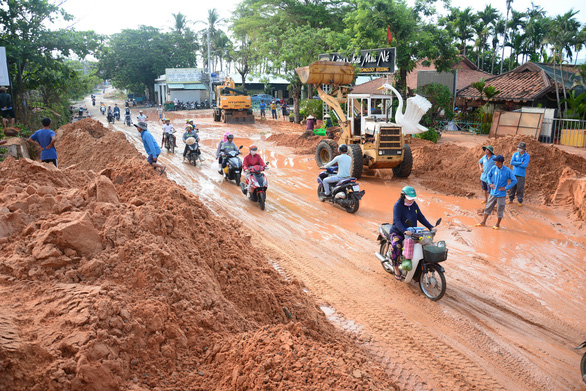 Check out what is on the news today:

-- The Vietnamese Party, State, and people have presented US$300,000 to Cambodia to support the neighboring country in its fight against COVID-19, the Vietnam News Agency reported on Friday.

-- Vietnam on Saturday morning reported two new imported cases of COVID-19, increasing the country’s tally to 2,832 with 2,490 recoveries, according to the Ministry of Health.

-- Local authorities in the northern province of Vinh Phuc’s Vinh Yen City will evacuate all households within a radius of 500 meters at a residential area at Khai Quang Ward before local army force moves a recently found 340kg bomb of more than 1.2 meters long on Sunday.

-- The under construction Goldsand Hill Villa real estate project in the coastal tourism town of Mui Ne on Friday was fined VND25 million (US$1,087) for “violating regulations on the quality management of construction works” after sand from the project spilled over a local resident area during a heavy rain two days earlier.

-- An exhibition titled “Energy in Transition – Powering Tomorrow” jointly held by the German Embassy in Hanoi on Friday kicked off at Hanoi University of Science and Technology as a contribution to support international cooperation for energy transition in Vietnam, the embassy announced on its verified Facebook page the same day.

-- Canadian Prime Minister Justin Trudeau on Friday received his first dose of AstraZeneca's COVID-19 vaccine at an Ottawa pharmacy, telling reporters "I'm very excited" as the needle entered his arm, according to Reuters.