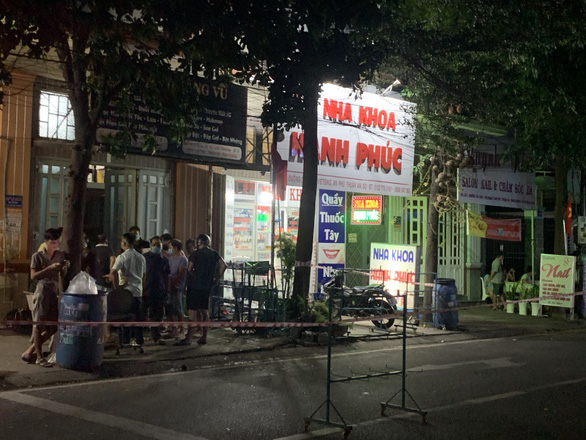 Police in Vietnam's Binh Duong Province are offering VND100 million (US$4,300) to anyone who can provide information that leads to the capture of a man who killed a local dentist early this week.

The criminal police under the provincial Department of Public Security announced the cash reward on Wednesday evening, two days after 33-year-old P.V.T., a dentist of a private clinic, was stabbed by a man during an attempted motorbike theft.

The fatal assault occurred at around 10:00 pm on Tuesday at a local pool hall near the dentist’s, when the victim saw a man attempting to steal a motorcycle parked in front of the dental clinic, located on D37 Street in the Viet Sing residential area, An Phu Ward, Thuan An City.

T. then ran back to his clinic to stop the man from stealing the vehicle.

The thief then stabbed the dentist.

After the stabbing, the attacker fled the scene on a motorbike driven by his accomplice.

The victim was taken to hospital for emergency aid but did not survive.

Security camera footage of the event depicts the murderer as a 1.7-meter-tall man in a dark green T-shirt, blue jeans, black shoes, a black cap, and a blue medical mask.

Local police are seeking help from the public in their hunt for the murderer by asking anyone with information about the killer or his whereabouts to step forward and report their findings to police officers.

Police will protect any informants by keeping their personal identity absolutely confidential, the department said, adding that anyone who can provide information that leads to the capture of the perpetrator will be rewarded with VND100 million.