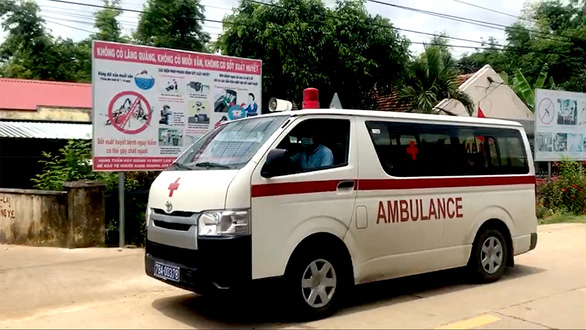 Eight fourth graders in Vietnam were given emergency aid after they took anthelmintics at their school on Friday.

Dang Phuc Tho, principal of An Nghiep Elementary School in Tuy An District, Phu Yen Province, said that a local medical center ran a program to administer the drugs to the school's students on Friday morning.

“After taking the anthelmintics, a few grade-four students vomited while a number of other students developed the same symptom later," Tho said.

“We called the health center for help and they quickly took the eight students to their facility for emergency care."

Tho added that when he came to the center to follow up on the situation, all the eight students had recovered and been allowed to return home.

About 350 out of the school's 372 students had taken anthelmintics before the eight students began vomiting.

After the incident, the school decided not to let the remaining students take the drugs, he said.

The anthelmintics were provided by a unit of the Ministry of Health for the south-central and Central Highlands regions, said Dr. Tai.

Other students in the district had taken them during the past two days and no problems arose until the eight students vomited, the doctor said.

“We have sent the remaining 20 anthelmintics tablets to the provincial Center for Disease Control for examination, and we have temporarily suspended the anthelmintics provision program for students in the district pending the center’s conclusion,” Dr. Tai said.