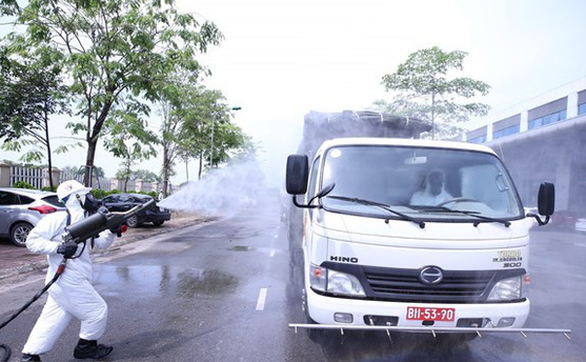 Vietnam’s Ministry of Health provided an unexpected update on COVID-19 cases around noon on Monday, as local infections have increased so fast recently.

In its noon report, the ministry registered an additional 31 domestic cases, including 21 in Hanoi, seven in Bac Giang Province, and one each in Hoa Binh Province, Hai Duong Province, and Da Nang.

Twelve of the cases in the Vietnamese capital were recorded at the Dong Anh District branch of the National Hospital for Tropical Diseases.

This is the first time ever that the ministry has given an update on COVID-19 cases around noon.

Another 78 local infections had already been logged by the ministry on Monday morning.

The daily spike in local cases has thus reached 109, beating the record of 92 patients reported on Sunday.

Vietnam has confirmed 442 domestic cases in 26 provinces and cities since April 27, after it had gone about a month detecting zero infections in the community.

The virus has apparently spread faster in this wave of infections, as Vietnam logged only 910 cases in the community in the previous round that started on January 27.

The current bout is much more serious because patients have been found catching the highly contagious ‘double-mutant’ Indian variant, health experts said.

To make matters worse, at least nine hospitals in Vietnam, including one dedicated to cancer patients in Hanoi, have been isolated over their links to a lot of COVID-19 cases.

The country has documented 3,444 local and imported COVID-19 infections as of Monday afternoon, according to the ministry’s statistics.

Recoveries have hit 2,602 while virus-related deaths have remained at 35 for months.

The Southeast Asian country has administered 851,513 out of its stock of 917,600 AstraZeneca vaccine doses, the health ministry said in a report on Monday morning.