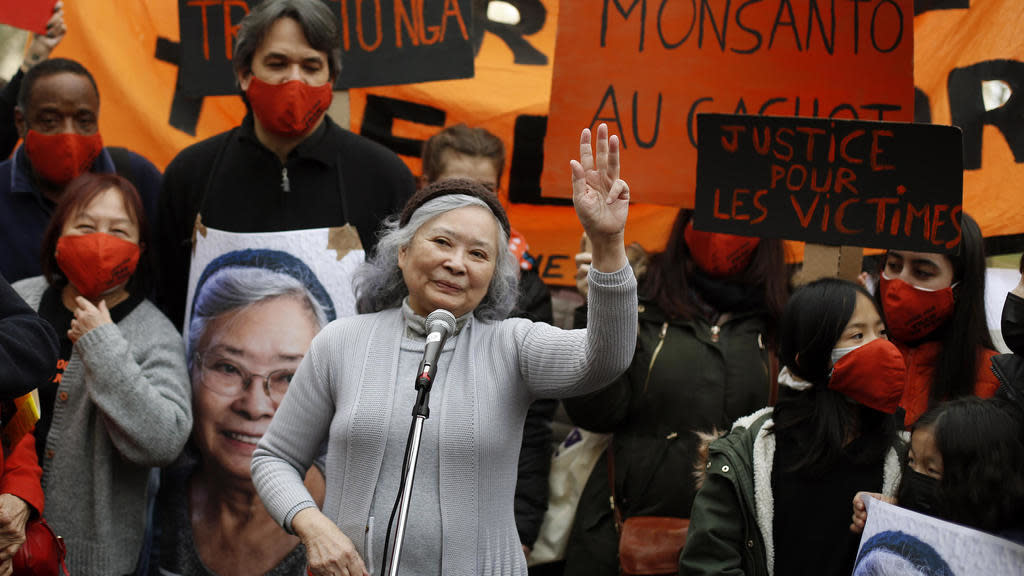 A French court on Monday threw out a lawsuit by a French-Vietnamese woman against more than a dozen multinationals that produced and sold a toxic herbicide dubbed "Agent Orange,” used by U.S. troops during the war in Vietnam.

Filed in 2014, the case has pitched Tran To Nga, a 79-year-old who claims she was a victim of Agent Orange, against 14 chemical firms, including U.S. companies Dow Chemical and Monsanto, now owned by Germany's Bayer.

Tran To Nga told Reuters the case had been thrown out but that she would appeal.

Tran, who worked as a journalist and activist in Vietnam in her 20s, has said she was suffering from effects including type 2 diabetes and a rare insulin allergy.

U.S. warplanes dropped about 18 million gallons (68 million litres) of Agent Orange – so-called because it was stored in drums with orange bands – between the early 1960s and early 1970s to defoliate jungles and destroy crops.

The multinationals had argued they could not be held responsible for use the U.S. military made of their product.

The court ruled it did not have jurisdiction to judge a case involving the U.S. government's wartime actions, Agence France Presse reported. Reuters could not immediately see the ruling.

One of Tran's lawyers, William Bourdon, said in a statement on Twitter that the court was applying an obsolete definition of the immunity of jurisdiction principle which contradicted modern principles of international and national law.

He said it was "astounding" that the court had backed the companies' contention that they were acting on orders when responding to U.S. government tenders for contracts.

In a statement, Bayer said it welcomed the court's decision while saying it had "great sympathy for Ms. Tran To Nga and all those who suffered during the [war in Vietnam].”

But it said it had been "well-established by courts for many years that wartime contractors like the nine former manufacturers, operating at the behest of the U.S. government, are not responsible for the alleged damage claims associated with the government's use of such product during wartime.”

So far, only military veterans from the United States and other countries involved in the war have won compensation over Agent Orange. In 2008, a U.S. federal appeals court upheld the dismissal of a civil lawsuit against major U.S. chemical companies brought by Vietnamese plaintiffs.

The United States has maintained there is no scientifically proven link between the wartime spraying and the claims of dioxin poisoning of many Vietnamese.