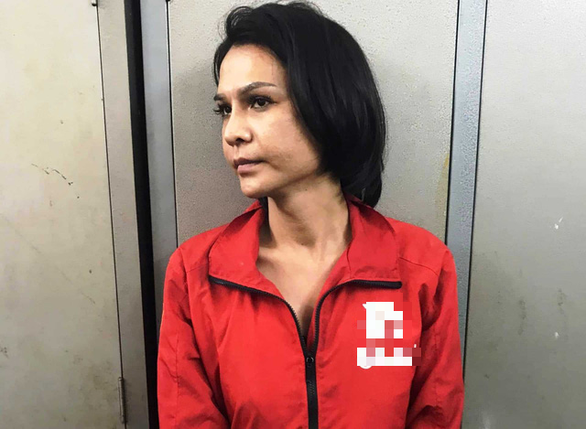 Within two months, criminal police in Ho Chi Minh City have busted a five-member gang that stole assets from foreigners by pickpocketing while seducing them to have sex.

The gang’s leader, 33-year-old Nguyen Thanh Tay, was arrested two months ago, while the remaining four members, aged from 26 to 34, were detained last week.

All the five offenders are local residents who are male-to-female transgenders, police reported.

Police began their investigation into the pickpocket gang in early March, when they got information that some “young women” approached foreigners and gave them sex offers with an aim to steal their assets when they lacked vigilance.

Most of the victims did not report their losses to police because of language obstacles as well as the sensitive nature of such cases.

The gang’s members, under Tay’s directions, operated individually or in pairs, police said.

They often dressed up and pretended to be sex workers when approaching foreign men.

Then, they incited their potential victims to go with them for sex or massage.

During their talk with the “preys,” the transgenders managed to riffle their pockets to steal mobile phones or money and quickly fled away.

Many victims of such pickpocketing cases could not detect their loss until the stealers left, police said.

Tay was detained on March 20 after she stole a mobile phone from a South Korean man in Thu Duc City, a new city under Ho Chi Minh City.

Tay approached the foreigner and invited him to go with her for a massage before stealing a phone from his pocket.

Tay then ran away from the scene but was arrested later.

One day later, the last two members of the gang, Nguyen Huu Chanh and Nguyen Minh Tri, were seized after they committed the similar offence.

The gang admitted carrying out many pickpocket cases using such tricks.

Initially, police have determined the victims of ten specific cases and returned them their stolen assets.

All the five offenders have criminal records related to theft, robbery and drug detoxification.

Further investigation into the case is underway.