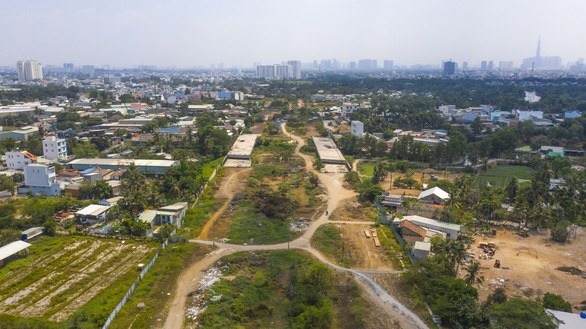 The Prime Minister has appointed Binh Phuoc Province’s government to the leading role of the Ho Chi Minh City - Thu Dau Mot - Chon Thanh Expressway project, which will span over the southern locality as well as the neighboring Binh Duong Province and Ho Chi Minh City.

The government will only fund part the project and disburse after diligent consideration, since the project is expected to be developed under the public-private partnership (PPP) format.

The investment capital is estimated at VND36 trillion ($1.5 billion), of which 47 percent is expected to be funded by the state budget.

Slated to complete within the 2021-30 period, the expressway construction plan consists of three main sections.

The second section spans 57 kilometers in Binh Duong Province, including 28 kilometers of elevated roads and 10 overpasses, which will cost VND30 trillion ($1.29 billion).

This section will be designed with six lanes to facilitate the connection with the Dak Nong - Chon Thanh Expressway.