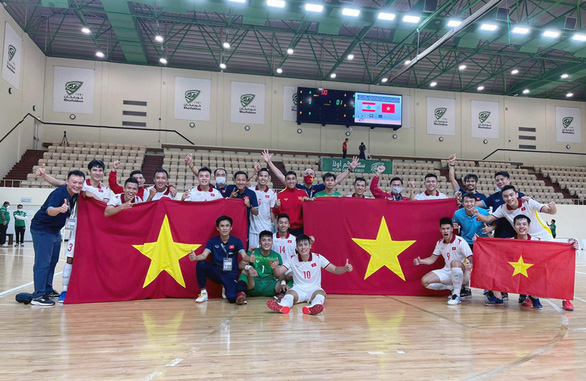 -- The Ministry of Health confirmed 80 domestic COVID-19 cases on Wednesday morning, raising the country’s tally to 5,931, with 2,794 recoveries and 44 deaths.

-- Authorities in northern Bac Giang Province have requested that all residents not leave homes unless under necessary circumstances after the province registered 375 new coronavirus infections on Tuesday.

-- According to the Bac Giang Department of Education and Training, as many as 9,147 12th-grade students have been placed in quarantine following the detection of one confirmed COVID-19 case.

-- Police in Ho Chi Minh City have arrested a man for snatching a phone from a woman and then asking her to give him VND5 million (US$216,81) to take it back.

-- Doctors at Cho Ray Hospital in Ho Chi Minh City have successfully reattached a man’s penis on Tuesday which was cut off by his wife over a conflict.

-- More than 30 houses were damaged and had their roofs completely blown off by strong gusts accompanying downpours in the Mekong Delta province of Vinh Long on Tuesday.

-- About 100 workers at Shyang Hung Cheng Company in An Thanh Ward, Thuan An City, Binh Duong Province were hospitalized due to gas poisoning on Tuesday afternoon, according to the city's confederation of labor.

-- A team of doctors from the Central Dental Hospital in Ho Chi Minh City have assisted Loc Ninh District Medical Center in Binh Phuoc Province in performing an operation on a person with a broken jawbone below the chin area, which took place inside a COVID-19 centralized quarantine facility.

-- Vietnam were held 1-1 by Lebanon in their second play-off in the UAE on Tuesday night and won a ticket to the 2021 FIFA Futsal World Cup for the second time due to the away goals rule.