The People’s Court in the south-central Vietnamese province of Phu Yen on Monday condemned a 19-year-old man to death for raping and murdering a 13-year-old girl last year.

Pham Kim Phe, who resides in Tuy An District, was sentenced to death for murder and seven years in prison for raping an under-16-year-old person.

According to the indictment, Phe and his five friends, including 13-year-old D.T.K.H., hung out at Da Dia Reef and a local online game center in Tuy An District on June 17, 2020.

Phe then agreed to take H. home on his motorbike at around 11:00 pm the same day.

After reaching a forest near a bridge, Phe pulled over and sexually attacked the girl.

H. resisted and contacted her older sister for help.

The girl was only able to scream “help me” before Phe snatched her phone and threw it away.

H. tried to run away but ended up being knocked down by Phe.

He strangled the victim to death before raping her.

H.’s family reported the case to police right after receiving her phone call, and her body was found three days after the incident. 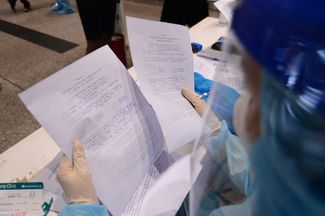