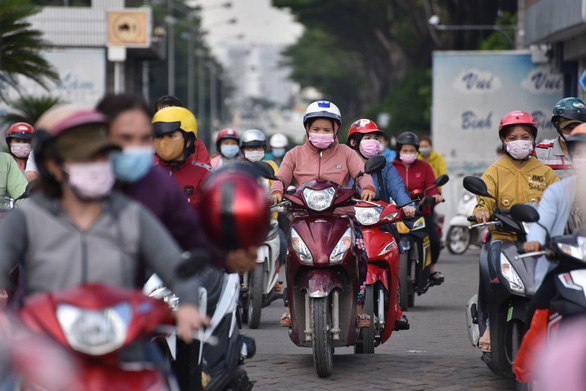 Quarantine and coronavirus testing have been conducted for around 2,000 workers at a wholly foreign-owned company in Ho Chi Minh City after a COVID-19 case was confirmed there, a local disease control agency has reported.

A female worker at Pouyuen Vietnam Co. Ltd., a Taiwanese-owned company in Binh Tan District, was sent to a centralized quarantine facility on Wednesday after she came down with COVID-19, the municipal Center for Disease Control (HCDC) said on Thursday.

Before her infection, the woman was a direct contact of his husband who had contracted the virus, the HCDC reported.

Relevant agencies have isolated and disinfected the residence of the couple in the district's An Lac Ward.

After the detection, agencies concerned have deployed epidemic prevention measures to contain the spread of the virus at the large company, which employs around 56,000 workers for its various workshops.

The entire fifth floor of the firm, where the woman had worked, was isolated and fumigated on Wednesday.

As the woman did not contact others outside her workshop at the company, the other areas have not been affected by her infection.

Tests showed that 344 among her 484 contacts were negative for the virus while the rest are pending results, the HCDC reported on Thursday noon.

On Thursday afternoon, the municipal Department of Health mobilized many sampling teams from local hospitals to the company to take samples from around 2,000 other workers for COVID-19 testing.

This COVID-19 case at Pouyuen was detected amid the increasing coronavirus spread in the city as well as across the country.

Among these new cases, 52 were detected in Bac Giang Province and 15 in Ho Chi Minh City.

Vietnam has so far documented to 9,723 cases, including 3,636 recoveries and 55 deaths, since the pandemic hit the country in early 2020.

Since April 27, when the pandemic’s fourth wave began in Vietnam, the country has recorded 6,537 domestic infections in 39 cities and provinces, according to the ministry's data.