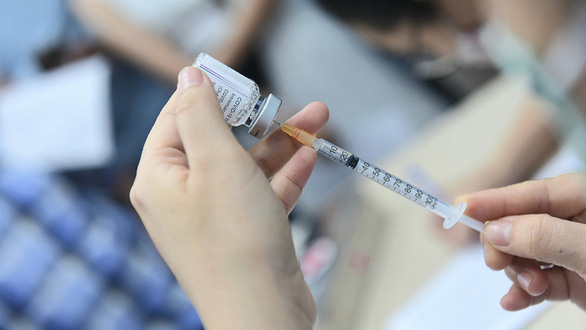 Vietnam is about to launch the largest-ever inoculation campaign with 15,000 vaccination stations and the participation of military forces, according to Minister of Health Nguyen Thanh Long.

Addressing a conference on the implementation of the national COVID-19 vaccination campaign on Tuesday afternoon, Long said that eight storage facilities will be installed, with one in the High Command of Hanoi Capital and seven in seven military regions across the nation.

During the campaign, all vaccination stations will be strictly supervised by an online control system, with information on the numbers of people getting vaccinated as well as vaccine doses administered to be publicized.

The minister emphasized the need to ensure absolute safety from vaccine transportation and preservation to vaccination organization.

The number of COVID-19 vaccine doses to be injected during this campaign has remained unclear, with the Vietnam News Agency reporting that it will be around 150 million.

The source and time of supply were also not mentioned during Tuesday’s conference.

With one million AstraZeneca COVID-19 vaccine doses expected to arrive in Vietnam from Japan on Wednesday, the total number of vaccine doses in the Southeast Asian country will reach nearly four million.

The proportion of vaccinated people over those who are subject to inoculation is approximately 2.1 percent, which is a low rate compared to those of other nations in the Southeast Asian region.

The Vietnamese Ministry of Health confirmed 92 new COVID-19 cases, including 91 domestic infections, on Wednesday morning, taking the national caseload to 11,284 patients, with 4,543 recoveries and 61 deaths.

From April 27 to Wednesday morning, 8,088 local cases were recorded in 40 of Vietnam’s 63 provinces and cities in the ongoing virus wave -- the fourth and the worst since the pathogen first hit the country on January 23, 2020.