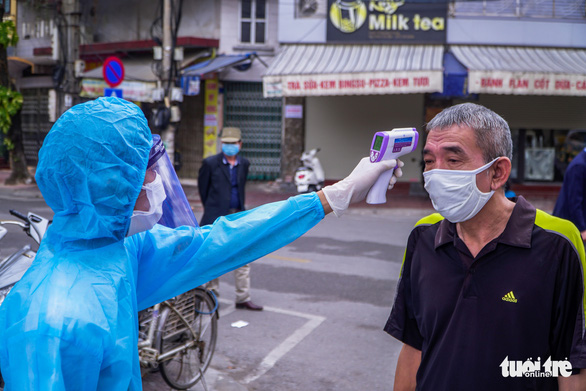 The Ministry of Health documented an additional 236 COVID-19 infections in the community in Vietnam on Tuesday, bringing the tally in the ongoing wave near 10,500 patients.

One hundred and thirty-six of the cases were registered in Ho Chi Minh City, 31 in Bac Giang Province, 33 in Binh Duong Province, and the rest in 10 other provinces and cities, the health ministry elaborated.

Two hundred and seventeen infections were detected in quarantine centers and isolated areas.

Since the fourth and worst wave started in Vietnam on April 27, the country has recorded 10,440 domestically-infected patients in 43 out of its 63 provinces and cities.

A total of 5,546 patients have recovered from the respiratory disease, including 93 announced on Tuesday, whereas 69 have been confirmed dead, most with serious comorbidities.