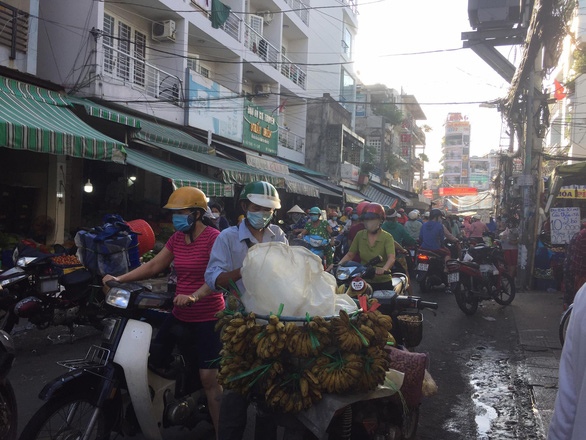 -- The Vietnamese Ministry of Health confirmed 42 new COVID-19 cases, including 26 in Ho Chi Minh City and five imported cases, on Thursday morning, taking the national tally to 13,989 infections, with 5,684 recoveries and 70 deaths.

-- The Ho Chi Minh City Center for Disease Control announced on Wednesday night that it was looking for visitors to several wholesale markets in the city who might have come into contact with some confirmed COVID-19 patients.

-- A Vietnamese woman repatriated from Malaysia has tested positive for the novel coronavirus after finishing her quarantine period and returning to her home in southern Tay Ninh Province, according to the provincial Department of Health.

-- Authorities in south-central Phu Yen Province have issued an urgent notification on tracing visitors to eight locations in the province who might have come into contact with a COVID-19 patient, according to the provincial Health Department.

-- Authorities in Phu Yen Province on Wednesday initiated legal proceedings against one teenage boy and a friend for murdering the former’s mother to steal VND3.8 million (US$165).

-- Police in the southern province of Soc Trang on Wednesday apprehended five people for illegally trafficking about two kilograms of drugs from Ho Chi Minh City to the province, seizing VND156 million ($6,771).

-- Four people were arrested in Ho Chi Minh City on Wednesday for breaking in many boarding houses.

-- Ho Chi Minh police officers said on Wednesday that they had arrested two teenage boys for threatening a mortocyclist with weapons to steal her vehicle.

-- Over 16,000 students in the northern province of Bac Ninh will be subject to coronavirus testing before they are allowed to take the national high school graduation exam, according to the provincial People's Committee.