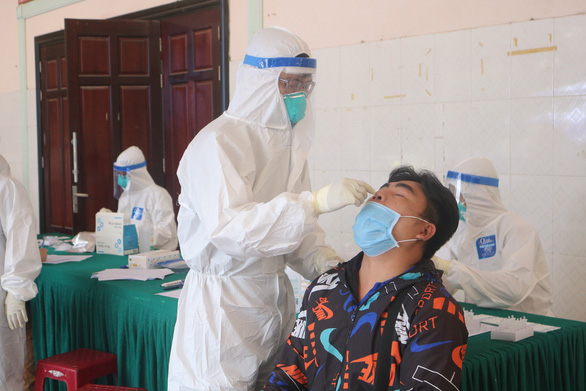 The ministry recorded 997 cases in 22 provinces and cities, including 968 in centralized quarantine centers or isolated areas, it said in a report.

Wednesday saw the third-biggest rise in daily infections in the communty, after health authorities documented 1,019 cases on Tuesday and 1,089 transmissions on Monday.

Since the fourth and worst virus wave broke out in Vietnam on April 27, the country has logged 19,610 COVID-19 patients in 56 out of its 63 provinces and cities, 5,753 of whom have recovered from the respiratory disease.

The Southeast Asian country has confirmed 23,071 cumulative infections since the pathogen first hit it early last year, according to the health ministry’s data.

Recoveries have mounted to 8,557, including 480 announced on Tuesday, whereas today’s five virus-related fatalities have taken the toll to 102.

The country has administered 3,928,001 AstraZeneca vaccine doses to medical workers, teachers, factory workers, and other frontline staff since it rolled out inoculation on March 8.