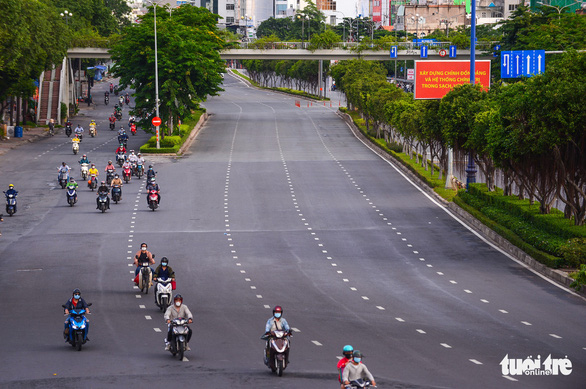 Health workers detected 999 of the new patients in centralized quarantine facilities and isolated areas while the sources of the other infections were not immediately known, the center said in a report.

This is the biggest daily case count to have been documented in the city since the pathogen was first found in Vietnam on January 23, 2020.

The city has logged 10,295 local infections since the fourth virus wave – considered the worst so far – broke out in the Southeast Asian country in late April.

The Vietnamese business hub went into extensive social distancing for 15 days on Friday, as authorities have forbidden non-essential businesses, public gatherings of more than two people, public transport, including taxis and ride-hailing vehicles, unnecessary travels, wet markets, and even takeout services, among other curbs.

Officials have also said they will fine anyone leaving their home without an appropriate reason.

Vietnam has registered 22,533 COVID-19 locally-infected patients in 58 out of its 63 provinces and cities in this round, according to the Ministry of Health. It announced a whopping 1,616 domestic cases nationwide today.

More than 26,000 cumulative infections have been confirmed in the nation so far.

The number of recovered patients stands at 8,984, whereas the day’s five deaths have taken the toll to 110.

Over 3.98 million vaccine shots have been administered in Vietnam since inoculation was rolled out on March 8, with over 249,000 people fully vaccinated.

The government set a target of immunizing two-thirds of a population of nearly 98 million people against COVID-19 by the first quarter of next year, the health ministry said on Friday.

The ministry had expected to do so by the end of this year, according to an old plan.

Vietnam has received a little over six million vaccine doses to date but the ministry claimed to have secured 105 million out of the targeted 150 million jabs.