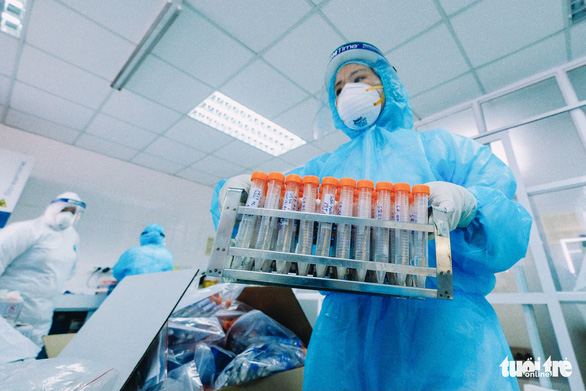 The Ministry of Health confirmed almost 2,400 coronavirus cases in Vietnam on Monday, beating the record of almost 2,000 patients set one day before.

The health ministry said 2,096 of the domestic transmissions were found in centralized quarantine centers or sectioned-off areas.

The latest cases broke the record of 1,953 patients set on Sunday.

Vietnam has been grappling with a new outbreak since April 27 after more than a year of success in containing the virus.

The Ministry of Health has reported 28,689 local infections in 58 out of 63 provinces and cities ever since.

The Southeast Asian nation has recorded an accumulation of 32,199 infections since the pathogen first hit it early last year, according to the health ministry’s data.

Recoveries have increased to 9,331, including 56 announced on Monday, whereas today’s seven deaths have taken the toll to 123.

The country has administered 4,051,585 vaccine doses to medical workers, teachers, factory workers, and other frontline staff since it rolled out inoculation on March 8.