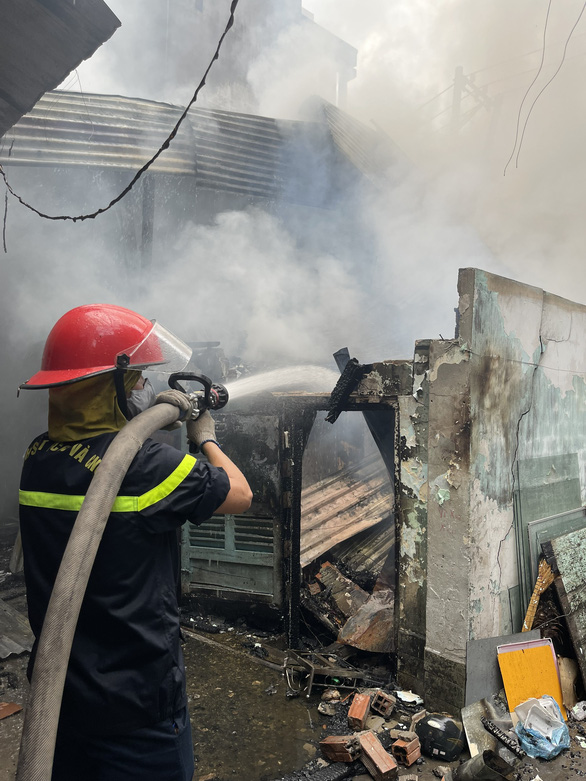 A conflagration, followed by multiple explosions, has destroyed a house on Pham Hung Street in District 8, Ho Chi Minh City.

The fire was spotted around 4:20 pm on Monday by residents in a neighborhood under Chanh Hung Bridge, where the house was located.

The smoke could be seen from afar, while explosions could be heard when the blaze caught on the electric wire in front of the house, said Nguyen Thien Toan, a passer-by.

Neighbors’ effort to put out the fire saw no success, but they were soon aided by the fire brigade of Ho Chi Minh City, who managed to quell the flames after mobilizing fire trucks and dozens of firefighters to the scene.

No casualties were reported at the scene of the accident.

Police are working to investigate the cause of the fire.