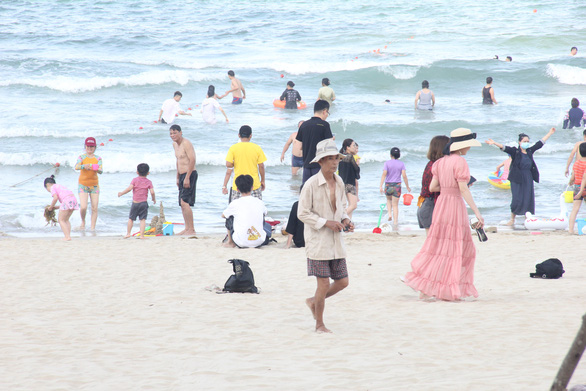 — Vietnam on Thursday morning reported 805 new cases of COVID-19, including 603 local transmissions in Ho Chi Minh City, increasing the country’s tally to 38,239, according to the Ministry of Health.

— Da Nang will temporarily suspend barbershops and beach activities from 12:00 pm on Thursday as the city reported more than 20 locally-transmitted COVID-19 cases, including many with an unknown source of infection, on Wednesday.

— As many as 13,000 shots of homegrown Nano Covax vaccine had been administered to volunteers aged 18-75 in the third trial phase as of Wednesday, the Vietnam News Agency reported the same day.

— The central province of Quang Nam has decided to spend VND2 billion (US$ 87,123) supporting its natives who are facing difficulties in Ho Chi Minh City, as well as organizing 10 passenger bus trips to help them return to their hometown.

— Member enterprises of the Vietnam Association of Motorcycle Manufacturers sold a total of 667,360 motorcycles in the second quarter of 2021, a year-on-year rise of 28.65 percent, the Vietnam News Agency reported on Wednesday.

— An exhibition gathering around 150 images, videos, and objects featuring Agent Orange victims are ongoing at the Vietnam Military History Museum through August 12 and on the website trienlamdacam.vn through December 31.