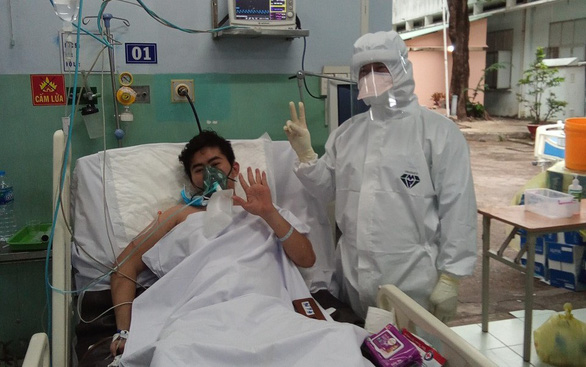 The Ministry of Health recorded on Monday 3,074 domestic COVID-19 cases in Ho Chi Minh City, down by 1,618 cases from Sunday.

Most of the new infections were detected in concentrated quarantine facilities or locked-down areas, according to the health ministry’s data.

On Sunday, the ministry recorded 4,692 locally-infected patients in the city.

Since the fourth COVID-19 wave began in Vietnam on April 27, the southern economic hub has logged 34,465 community cases, including 4,175 on Monday.

The Southeast Asian country has documented 54,376 domestically-acquired infections in 58 out of 63 provinces and cities since then.

The health ministry announced 380 recoveries on Monday, taking the total to 11,047 recovered patients.

It also recorded 80 virus-related fatalities registered from July 9 to 19, including 70 in Ho Chi Minh City, five in Dong Thap, two in Long An, one in Tra Vinh, one in Bac Ninh, and one in Vinh Long. The death toll has thus reached 334 in Vietnam.

Almost 4.3 million vaccine shots have been administered to medical workers, teachers, factory workers, and other frontline staff since Vietnam rolled out inoculation on March 8.

Above 306,000 people have been fully vaccinated.

Vietnam has received about nine million coronavirus vaccine doses from direct purchase, the COVAX scheme, and donations so far.