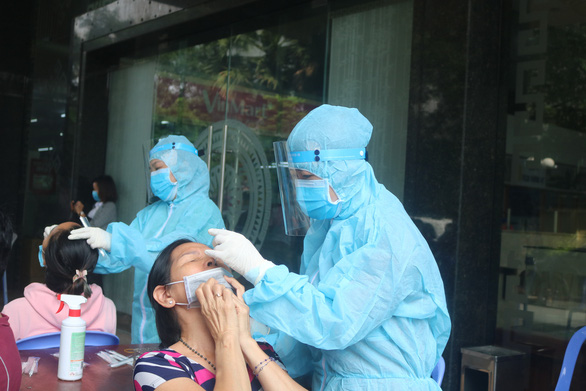 The Ministry of Health announced almost 4,800 domestic COVID-19 cases in Vietnam on Tuesday, including over 3,300 locally-infected patients in Ho Chi Minh City.

Thirty-five provinces and cities reported 4,789 local infections while another six were imported from abroad, the health ministry said.

A total of 728 cases were found in the community whereas the remainder were detected in centralized quarantine facilities or isolated areas.

Today’s daily case increase is the second-biggest so far, after a record was set at 5,887 domestically-transmitted infections on Sunday.

Since the fourth COVID-19 wave began in Vietnam on April 27, Vietnam has documented 59,165 domestic cases in 59 out of 63 provinces and cities.

The health ministry confirmed 380 recoveries on Tuesday, bringing the total to 11,443 recovered patients. The death toll remains at 334.

Over 4.3 million vaccine shots have been administered to medical workers, teachers, factory workers, and other frontline staff since Vietnam rolled out inoculation on March 8.

Nearly 310,000 people have been fully vaccinated.

Vietnam has received about 10.6 million coronavirus vaccine doses from direct purchase, the COVAX scheme, and donations as yet.