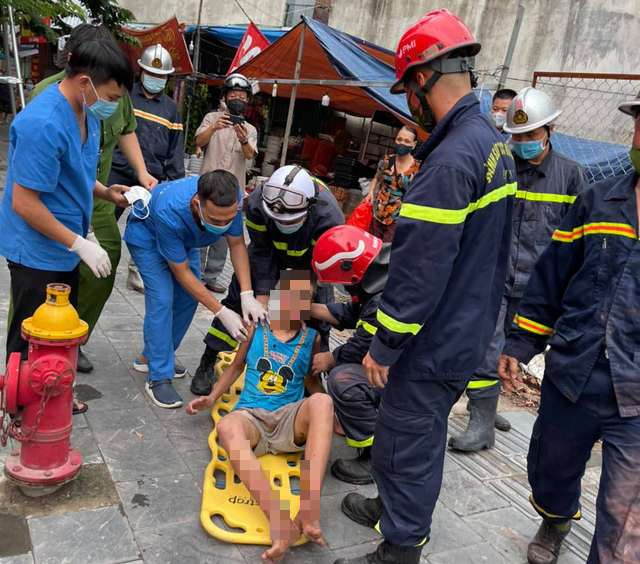 Rescuers in Bac Tu Liem District, Hanoi on Tuesday managed to help a 14-year-old boy with autism get out of a narrow gap between two houses after he had been stuck there for 26 hours.

Police in Bac Tu Liem’s Co Nhue Ward received a report on the disappearance of C.N.V.T., 14, living at a house in Alley No. 599 on Pham Van Dong Street, at around 3:00 pm on Monday.

T.’s family failed to find him after he had gone out of the house without his family's knowledge since 2:00 pm the same day, according to the report.

It was not until 4:00 pm on Tuesday that local authorities found T. stuck in a 30cm gap between the two walls of two houses in another alley on the same street.

Police cooperated with locals to use a concrete breaker to break through the wall of one of the houses to bring T. out.

The rescue took more than an hour and a half before T. was freed and safely taken to the hospital at around 5:40 pm on the same day.