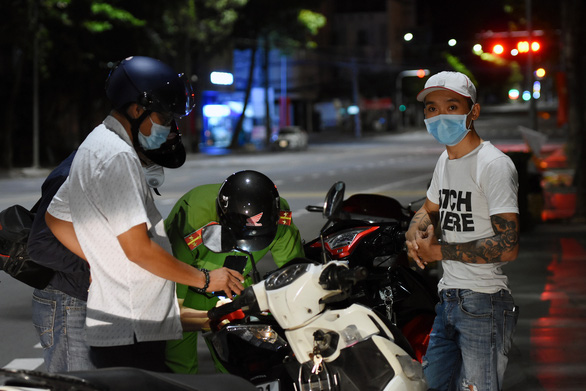 -- Authorities in the southern Vietnamese province of Dong Nai will continue to uphold the prime minister’s Directive No. 16 for 15 days from 3:00 pm on Monday, as part of its efforts to curb the spread of the coronavirus. People in the city will also be banned from going outdoors from 6:00 pm to 6:00 the next day.

-- Authorities in the Mekong Delta city of Can Tho have banned people and all vehicles from entering the city from Saturday evening as a new epidemic control measure.

-- People in Nha Trang City in south-central Vietnam will be banned from going outdoors from 7:00 pm to 6:00 am the next day from Saturday until further notice.

-- Authorities in the Mekong Delta province of Hau Giang recently slapped a local man with a total fine of VND5 million (US$217) for sharing fake news regarding the local COVID-19 situation on social media.

-- Vietnamese swimmer Nguyen Huy Hoang competed in the men’s 1,500m freestyle in Olympic swimming Friday evening but failed to secure a place in the next round.

-- Heavy monsoon rains triggered landslides and flash floods in refugees camps displacing thousands of Rohingya Muslims in southeastern Bangladesh this week with further heavy rainfall expected, the United Nations and other officials said on Friday, according to Reuters.

-- The U.S. Justice Department (DoJ) announced the seizure of a 2,734-ton tanker it said was owned and operated by a Singaporean national and used to make shipments of petroleum products to North Korea in violation of international sanctions, Reuters reported on Friday.