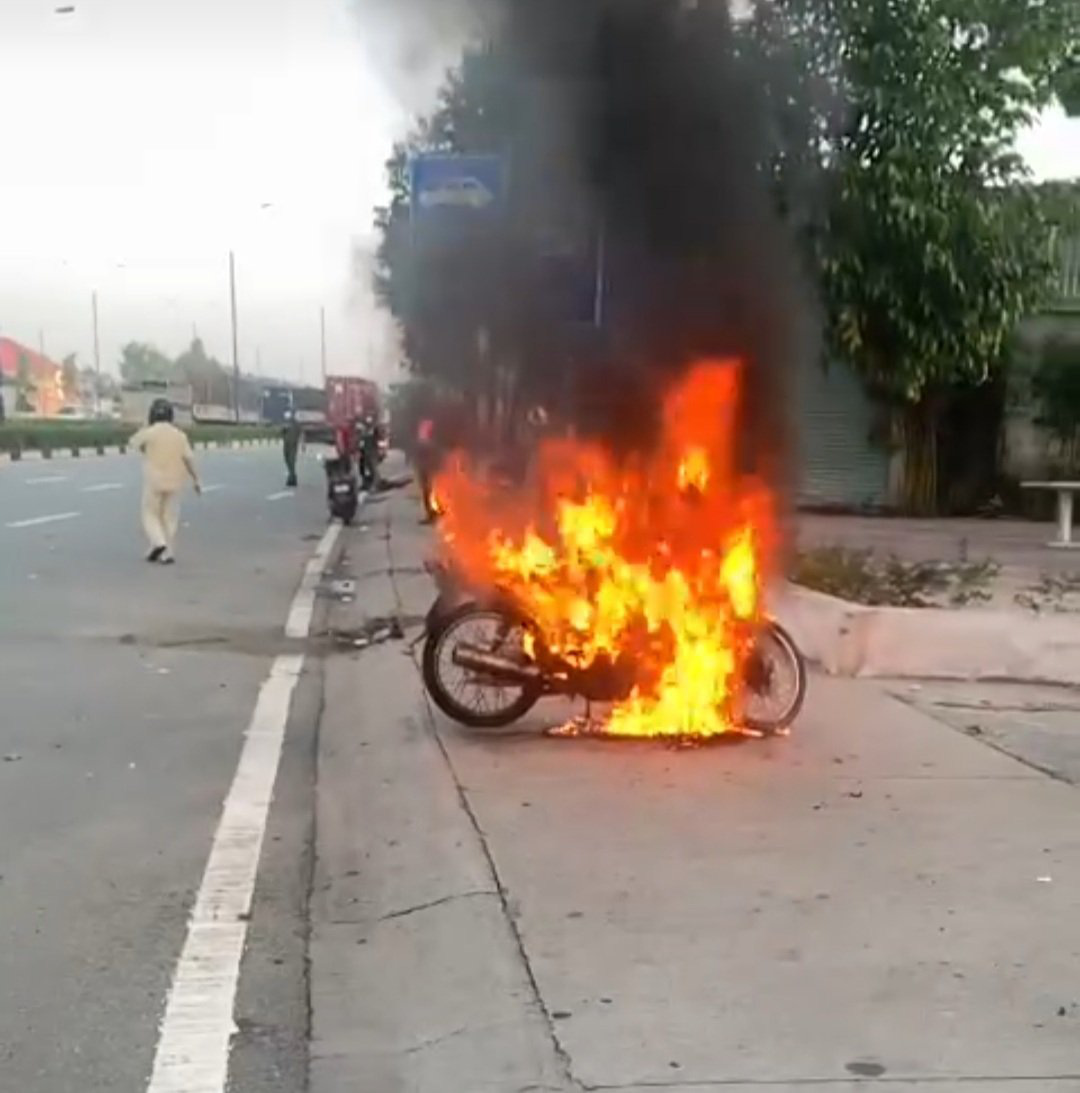 A man has set his motorbike ablaze after being inspected by police officers during an extensive social distancing drive in the southern Vietnamese province of Binh Duong.

Preliminary information showed that Thanh was riding his motorcycle on My Phuoc - Tan Van Street earlier the same day.

A team of officers, who were patrolling the area, spotted the man and pulled him over for an administrative inspection.

As the officers were about to book Thanh for going outside without a proper reason, he set his motorbike on fire.

The incident escalated so quickly that the officers did not have time to react, and the vehicle was eventually burned down.

Thanh was then taken to the local police station where he underwent rapid COVID-19 testing.

Officers also took him into custody to verify the case.

Binh Duong is currently the second-largest coronavirus epicenter in the country, with 46,501 local infections recorded since the fourth wave began on April 27.

The province is following social distancing regulations under the prime minister’s Directive No. 16, which requires all residents to stay home and only go outside with an appropriate reason.