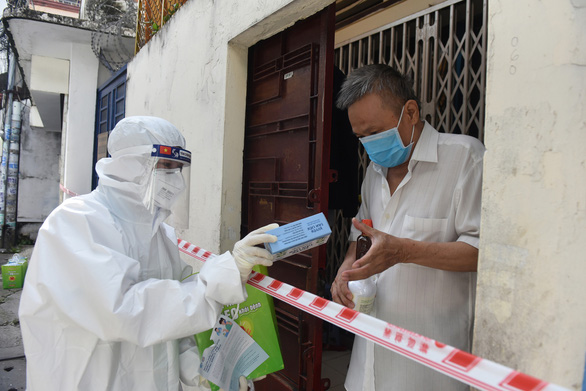 What you need to know in Vietnam today!

-- Vietnamese Deputy Minister of Foreign Affairs Pham Quang Hieu on Thursday held an online meeting with nine resident and non-resident ambassadors and chargé d'affaires of Middle East countries to Vietnam, according to the Vietnam News Agency.

-- Over 1.2 million AstraZeneca vaccine doses arrived in Vietnam on Thursday, the Ministry of Health said the same day. The country has received about 24 million vaccine shots so far, 16 million of which have been administered since inoculation was rolled out on March 8.

-- Authorities in Ho Chi Minh City seized 350,000 smuggled medical supplies, including oxygen generators, pulse oximeters, PPE, face masks, and others on Thursday. They were suspected to be smuggled from China.

-- Police in Lam Dong Province on Thursday initiated legal proceedings against 16 people, six of whom were already arrested, over their deforestation.

-- A 61-year-old man died of respiratory failure in Ho Chi Minh City on Thursday after his adopted son made six phone calls to medical facilities at various levels to seek help in vain.

-- South Korea's pharmaceutical company HLB said on Wednesday that it had signed an MOU with Vietnam's Nanogen to acquire the rights to supply the latter's COVID-19 vaccine, Nanocovax, across the globe, except for in Vietnam and India, the Korea Times reported the same day.

-- Middle, high, and continuing education schools will start the new academic year on September 1 while elementary schools will follow suit on September 8, according to the Ho Chi Minh City People's Committee. All classes are to be run over the Internet considering the serious COVID-19 outbreak in the city.

-- "The Biden administration's plan to provide COVID-19 vaccine boosters is based on concerns that a decrease in the vaccines' ability to protect against milder infections could also mean people will have less protection against severe illness, a premise that has yet to be proven," Reuters quotedscientists as saying on Thursday.