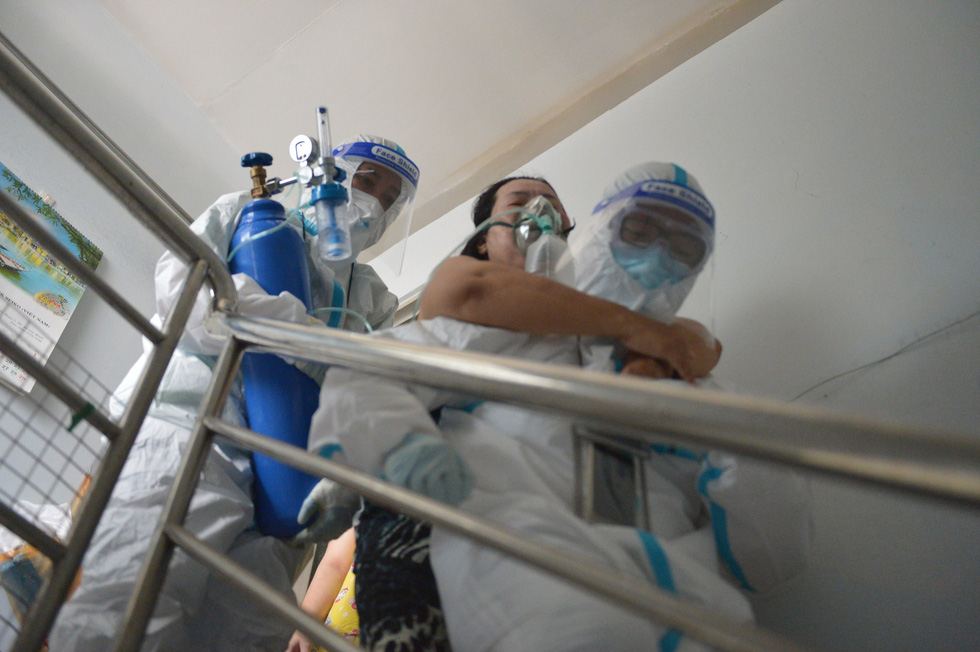 -- Ambassador and Deputy Permanent Representative of Vietnam to the United Nations Pham Hai Anh urged international cooperation and solidarity to seek the most effective response to combat terrorism in the face of a serious threat posed by the so-called Islamic State's activities in recent times, according to the Vietnam News Agency.

-- A 17-year-old girl from the northern province of Ha Tinh has come to a local English center to study without realizing she was positive with COVID-19, causing 13 people to be isolated in the centralized quarantine facility.

-- Authorities in Hanoi on Friday have decided to extend the social distancing measures under the municipal People's Committee's directive No.16 until 6:00 am September 6, as the pandemic situation is still very complicated.

-- People in Ho Chi Minh City will be banned from going outside from Monday until further notice as part of the city's restrictions to reduce surging COVID-19 infections, according to deputy head of the city's coronavirus fighting unit Pham Duc Hai.

-- The military will coordinate with local authorities to ensure food supply for Ho Chi Minh City residents for the next two weeks, according to authorities in the municipal at a meeting on pandemic prevention and control on Friday.

-- The Ho Chi Minh City General Confederation of Labor has proposed the municipal People's Committee inject nearly VND2,577 billion (US$113,086) worth of financial aid to support the poor in the southern city.

-- Canada would consider taking in additional Afghan refugees on behalf of the United States or other allies if asked to do so, according to Reuters on Friday

-- Chaos around the Kabul airport was so bad this week that the U.S. military was forced to use three helicopters to transport 169 Americans into the complex from a building just 200 meters (656 feet) away, Reuters reported on Friday.