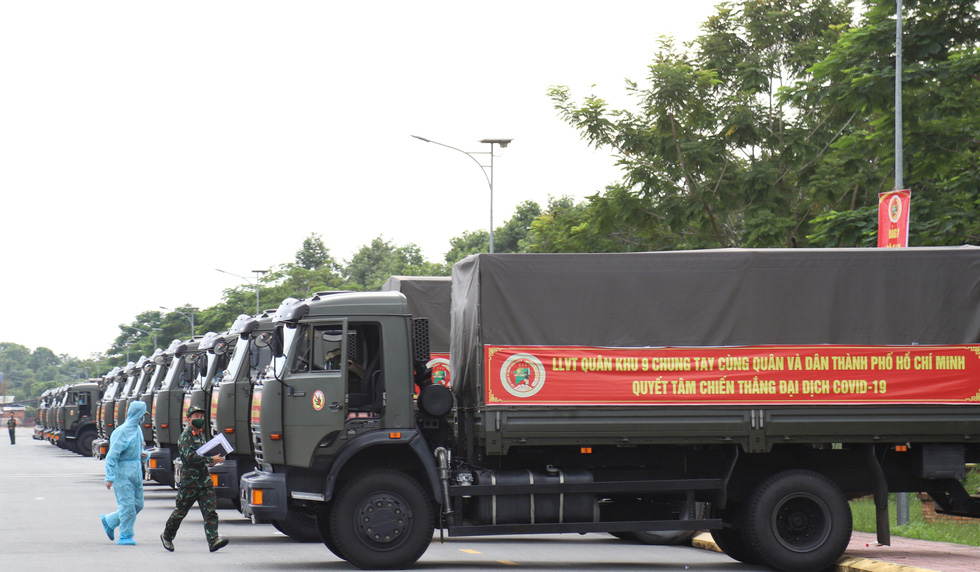 Vietnam’s 9th Military Region has given 50 metric tons of vegetables and 50,000 eggs to Ho Chi Minh City as a gift amid the raging coronavirus epidemic.

The food was carried by a convoy of 17 military trucks that left the Mekong Delta city of Can Tho for Ho Chi Minh City on Monday morning.

Therefore, the Military Region Command has spent over VND550 million (US$24,100) purchasing the vegetables and eggs from suppliers in the Mekong Delta to donate to city residents.

The present will be handed over to the 7th Military Region for distributing to people, the major general said.

The 9th Military Region will continue giving more support to the southern city in the coming time, the official added.

Since late April, when the pandemic’s fourth outbreak erupted in the country, the military force has gifted Ho Chi Minh City 200 metric tons of rice, 75 metric tons of meat and fish, one metric ton of dried fish, 217 metric tons of vegetables and fruits, and other necessities.

The total value of these items has amounted to some VND45 billion ($1.97 million).

The 9th Military Region, tasked with defending the Mekong Delta, has mobilized 15 ambulances and 32 officers, doctors, and nurses to support the city’s epidemic prevention and control activities.