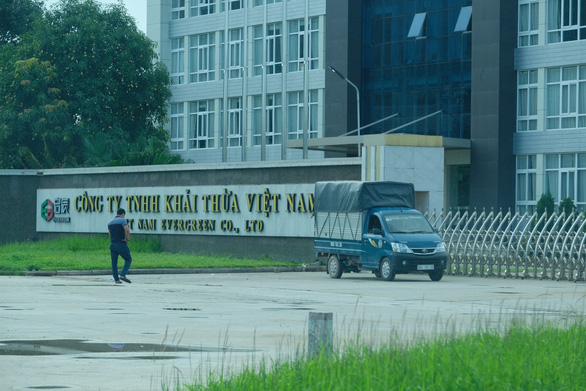 A Chinese director of two companies in Vietnam has been charged for directing the illegal burial of over 250 metric tons of industrial waste at a local construction site, local police reported.

On May 6, local police, in coordination with other relevant agencies, inspected a construction site operated by Vietnam Ever-Star at Lan Son Industrial Cluster in the province’s Luc Nam District.

At that time, the company was carrying out the ground filling and leveling work for building a new plant.

Excavations performed by the inspectors at the site revealed a total of 257 metric tons of solid industrial waste that had been buried at one to 1.5 meters underground.

After conducting an investigation, police have determined that Xing had ordered Huong to arrange staff to perform the burial.

Huong directed her employees to transport the waste from Vietnam Evergreen Co. Ltd., located at Gia Khe Industrial Cluster in Luc Nam District, to the site for burial from March 10 to April 3.

This company specializes in making goods from plastic and paper, while Vietnam Ever-Star Co. Ltd. is active in machinery manufacturing and repairing, waste material recycling, and making products from metal, plastic and paper, among others.