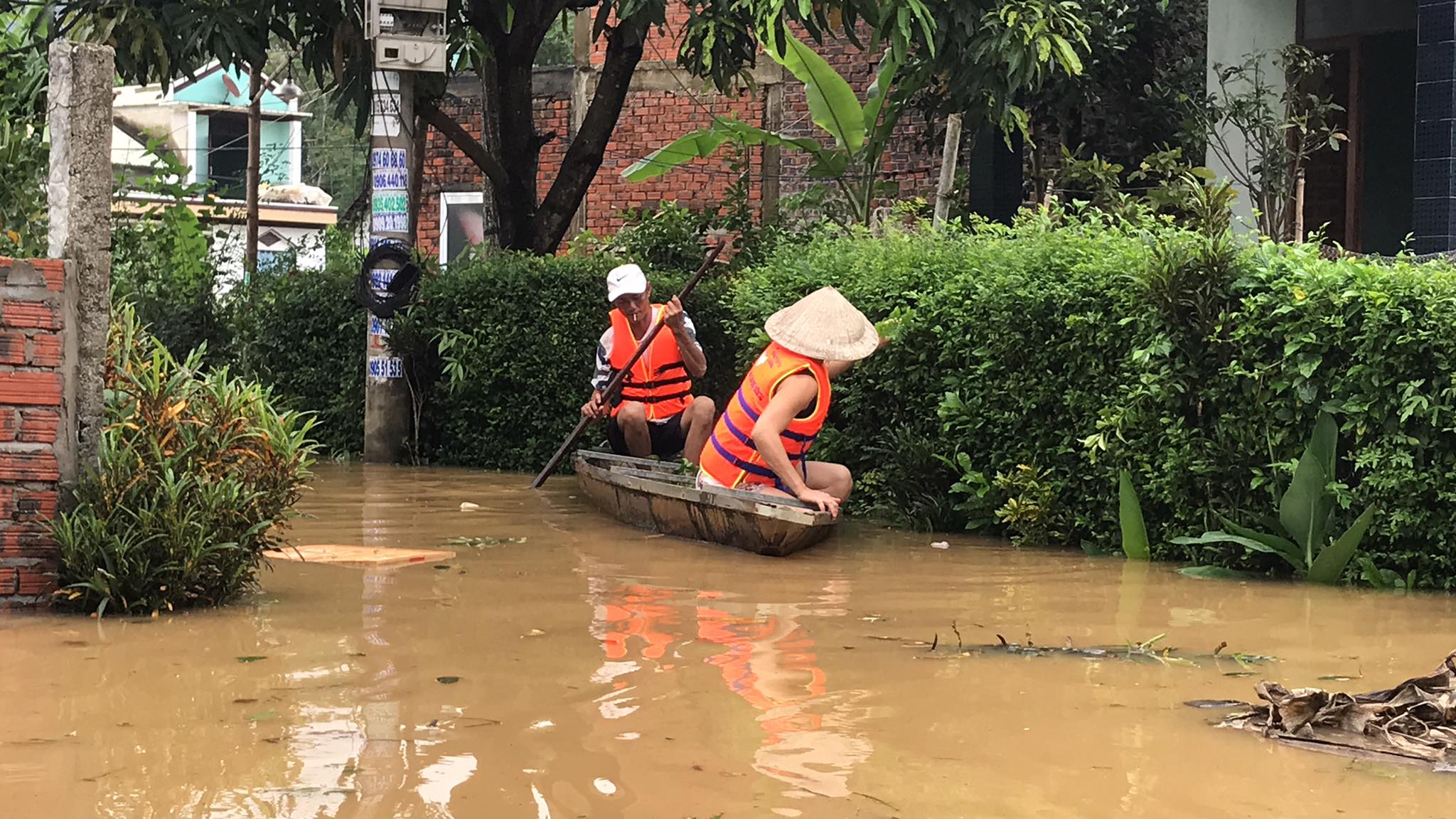 At least five people have gone missing after being swept away by raging floods that were triggered by continuous downpours in central Vietnam over the past few days.

Among the victims, two were in Nghe An Province, two in Thua Thien-Hue, and one in Quang Tri, according to a brief report of the National Steering Committee for Natural Disaster Prevention and Control on Sunday.

One person was injured after being hit by an uprooted tree along a street in Thua Thien-Hue Province.

Twelve roads in multiple provinces were inundated or blocked by mudslides, while over 150 households in the Central Highlands province of Dak Lak were evacuated due to serious inundation, the report added.

The combined effect of an enhanced cold front and a tropical convergence zone has resulted in torrential rains in the central and Central Highlands regions since Friday evening.

The National Center for Hydro-meteorological Forecasting stated that an average rainfall of 300-600 millimeters battered the localities between Ha Tinh and Thua Thien-Hue Provinces from 7:00 pm on Friday last week to 1:00 am Monday.

Precipitation of 200-300 millimeters also lashed the places from Da Nang to Binh Dinh throughout this period.

The cold snap is forecast to continue causing torrential rains in central Vietnam and the Central Highlands on Monday.

It will also make temperatures drop to 18-21 degrees Celsius in the northern region.