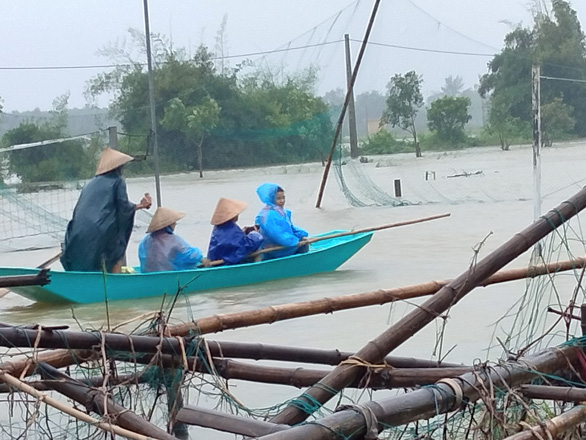 -- Pandemic prevention and control policies must be unified nationwide, Prime Minister Pham Minh Chinh told an online conference with the Steering Committees for COVID-19 Prevention and Control of 63 provinces and cities on Sunday.

-- Vietnam has received 92.5 million doses of COVID-19 vaccines through the COVAX Facility, foreign government aid, and purchase contracts, the Ministry of Health said on Sunday.

-- Health workers in Ho Chi Minh City have administered a COVID-19 vaccine to 98.7 percent of residents aged 18 and older, the city’s Center for Disease Control reported on Sunday morning.

-- Vietnamese functional forces are preparing a plan to rescue a cargo ship that has been stranded two kilometers offshore Quang Tri Province while it was waiting to load 26,000 metric tons of sand near the north-central province’s Cua Viet Port for a trip to South Korea.

-- Water levels in rivers from Quang Binh to Binh Dinh in south-central Vietnam and Kon Tum and Gia Lai in the Central Highlands region are rising rapidly due to heavy rains.

-- Trungnam Group, an energy company based in Ho Chi Minh City, held a flag-raising ceremony on Sunday afternoon after the last wind pillar had been installed at its VND5 trillion (US$219.4 million) Dong Hai 1 project in southern Tra Vinh Province.

-- National carrier Vietnam Airlines has officially resumed flights on the domestic route between Hanoi and Can Tho City in an experimental period from Monday to Wednesday.

-- Vietnam’s U23 football team defeated their Kyrgyz counterparts 3-0 in a friendly in the UAE on Sunday evening, their last game in preparation for the AFC U23 Asian Cup qualifiers scheduled to run from October 23 to November 2.