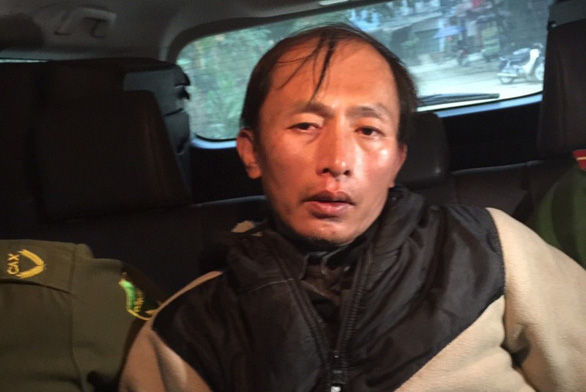 Police from Bac Giang Province have captured a local man for allegedly murdering his parents and younger sister after issuing criminal prosecution and a nationwide arrest warrant for him on the weekend.

The Lang Giang District police of the northern Vietnamese province recently confirmed to Tuoi Tre (Youth) newspaper that suspect Tran Van Hieu, 47, was arrested on Sunday while hiding in the nearby province of Lao Cai, some 300 kilometers away from the crime scene.

Hieu was earlier believed to have murdered his own parents and younger sister more than a week after being released from prison in Bac Giang.

Local police kept track of his movements via surveillance cameras and the arrest came two days following his escape.

Criminal records revealed that Hieu had been sentenced to six years behind bars for intentionally causing injury to his wife and just finished serving his prison term on October 13.