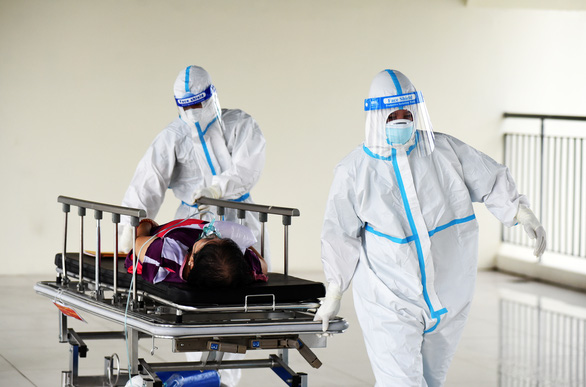 Vietnam’s Ministry of Health logged 9,849 additional coronavirus patients across the country on Wednesday, alongside 3,873 recoveries and 67 deaths.

The latest infections, including 10 imported and 9,839 local cases, were reported in 56 provinces and cities, the ministry said, elucidating that 4,956 patients caught the pathogen in the community.

The Southeast Asian country has registered 1,050,185 community transmissions in all its 63 provinces and cities since the fourth virus wave flared up on April 27. A total of 872,053 of them have recovered from COVID-19.

The health ministry confirmed 3,873 recovered patients on Wednesday, bringing the total to 874,870.

The toll has risen to 23,337 fatalities after the ministry announced 67 deaths on the same day, including 26 in Ho Chi Minh City, 12 in Binh Duong Province, six in Long An Province, and the remainder in 11 other provinces and cities.

Health workers have administered upwards of 102 million vaccine doses, including 1,097,539 jabs on Tuesday, since vaccination was rolled out nationwide on March 8.