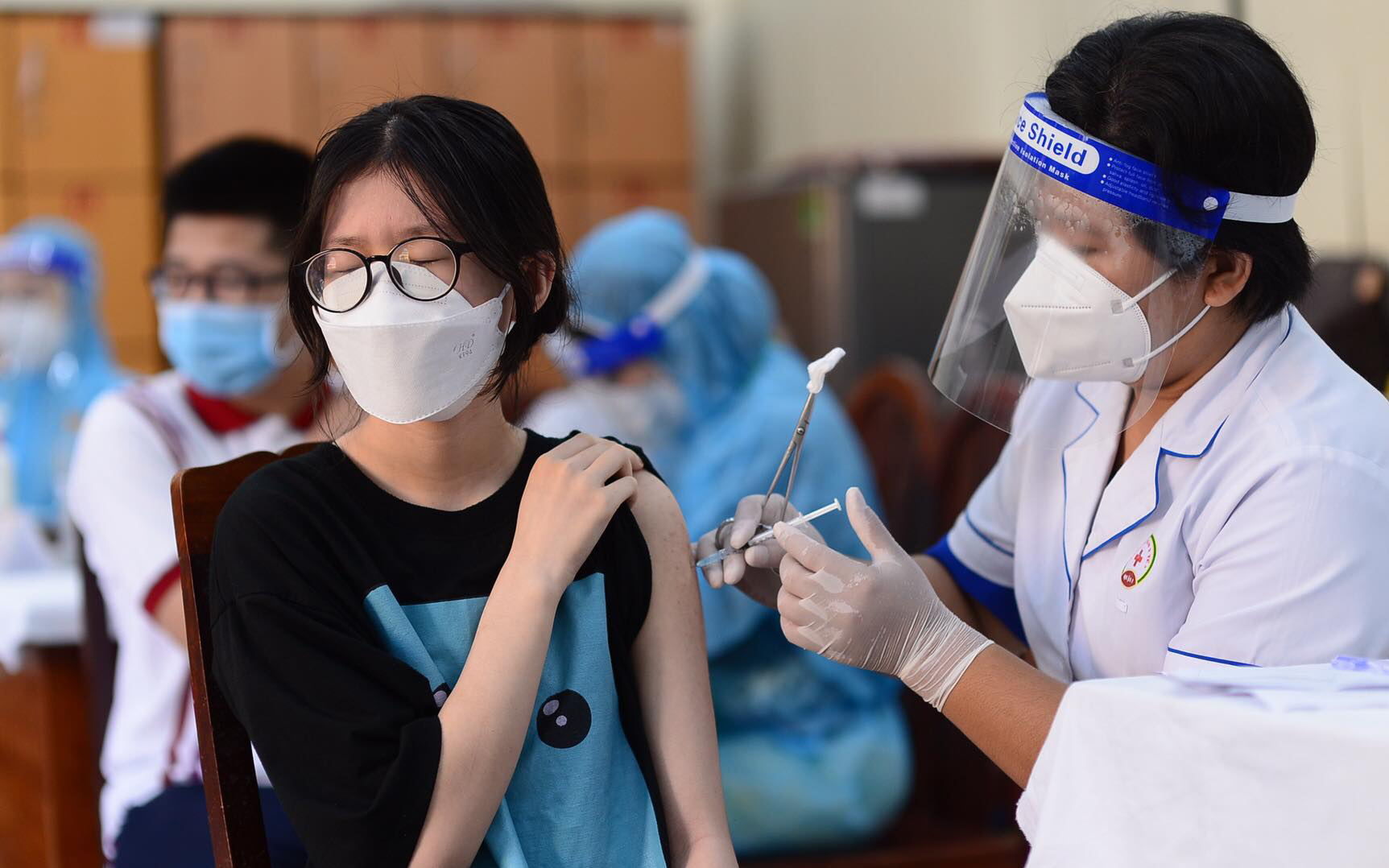 More than 238,000 children aged 12 to 17 in Ho Chi Minh City have been fully vaccinated against COVID-19, accounting for about 33 percent of the residents in this age group.

The southern city currently has 702,560 children aged 12 to 17, according to the municipal Department of Health.

District 1 has reached the highest vaccination rate for children in this age range, with 42 percent of them fully inoculated.

Can Gio and Cu Chi Districts rank second and third with 37 percent and 33 percent.

More children in this age group will receive their second doses until November 28.

Health authorities began the vaccination campaign for children aged 12 to 17 on October 27, providing them with Pfizer-BioNTech vaccine.

Over 6.3 million out of nine million people in the metropolis have been fully vaccinated.

All of the city’s adult population of six million have received at least one shot, while 84.1 percent have been injected twice.

Among more than 1.98 million residents aged 50 and older, 90 percent have received the first shots, and 85.7 percent have been jabbed twice.

With over 460,700 infections, Ho Chi Minh City has been the largest epicenter in the country since the fourth virus wave began on April 27.

Local authorities have required all students to stay home and switch to remote learning since May 10.