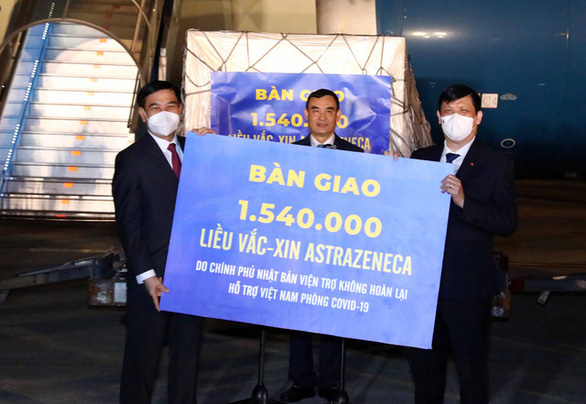 -- State President Nguyen Xuan Phuc left Vietnam on Thursday night for an official visit to Russia and Switzerland from now until December 2.

-- Four have died of anaphylaxis after getting their second Sinopharm COVID-19 vaccine shots in Thanh Hoa Province, north-central Vietnam, on Tuesday, according to local health authorities.

-- A court sentenced on Wednesday two people to a combined two years in prison for illegally raising a sun bear in Lao Cai Province, Vietnam.

-- Can Tho City, located in Vietnam's Mekong Delta region, announced a record 1,310 coronavirus infections on Thursday, according to the local health department. The city had logged over 900 cases daily in the preceding three days.

-- State-run Vietnam Posts and Telecommunications Group, better known as VNPT, debuted its Mobile Money service on Thursday after securing approval from the State Bank of Vietnam. Subscribers can now use their VNPT account as a bank account for money top-ups, withdrawal, transfer, and service payment.

-- "Vietnam's benchmark stock market index hit a fresh record high on Thursday, topping the 1,500 point mark for the first time and defying a slump across most other Asian equity markets," Reuters reported.

-- European countries plan to give COVID-19 booster vaccinations to young children while tightening curbs on Thursday because of a virus resurgence, according to Reuters.

-- Shanghai and a nearby city have restricted tourism and public transportation after the detection of local COVID-19 cases in eastern parts of China, Reuters reported.